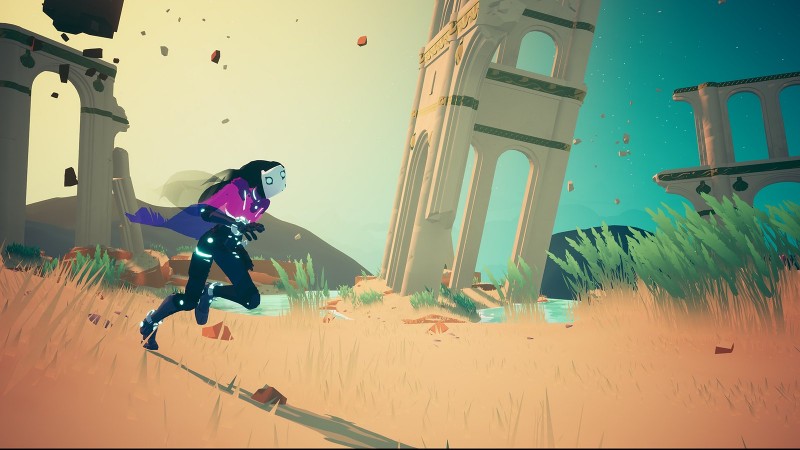 Solar Ash is a game about movement through a dangerous world filled to the brim with exploration opportunities. Players will be tasked with trying to save the planet and during the most recent State of Play, Sony showed off more about the game, including enemy encounters, traversal movements, and so much more.

From massive sentinels with their elongated bodies and hungry appetites to the smaller enemies players will face, Solar Ash blends beauty, danger, and an adventurous spirit for those looking for a new world to get lost in.

Creative Director Alx Preston (@HeartMachineZ) talks about what to expect in SOLAR ASH in this gameplay walkthrough. Coming to PS5, PS4, and the Epic Games Store later this year.

According to Sony about the upcoming game:

Solar Ash is the second game from Heart Machine, the studio lead by director Alx Preston and the creators of the award-winning 2016 game Hyper Light Drifter.

Solar Ash will be coming to PlayStation 5 and PlayStation 4 later this year, though no release date has been given at this time.