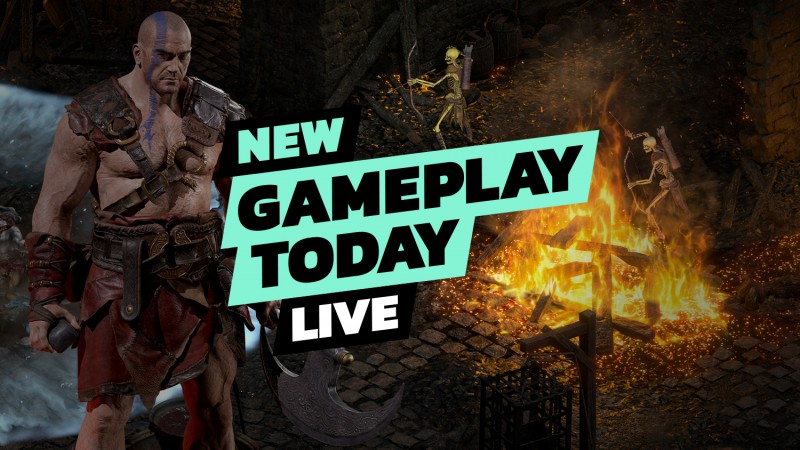 Tomorrow at noon CST, Game Informer is going live with the Diablo II: Resurrected Technical Alpha. We’re also going to give away a handful of keys that will grant a lucky few access to this Technical Alpha on PC, which runs until noon CST on Monday, April 12. That’s actually a whole lot of time to engage with the single-player Tech Alpha experience, which includes the entirety of the first two acts of the game and three character classes to enjoy.  This alpha experience is also entirely single-player in scope, so you won’t be able to play with friends or anything. That said, we’re going on adventures with some of our favorite characters available for play: The Barbarian, The Sorceress, and the Amazon. Yes, I know what you’re thinking. The two best classes, Druid and Necromancer, aren’t available in this test. I noticed that too.

Diablo II: Resurrected is headed to console for its official launch later this year as well as PC, and hence console controls are a new element to tinker with. Other small changes are completely quality-of-life oriented and don’t change the core game in any significant way. What sort of things are coming, you ask? Well, you won’t have to click on every stack of gold to pick it up if you don’t feel like it. Characters can also share stash space, meaning you won’t have to create an army of level one “mules” to carry all your sweet Stones of Jordan and ears collected from player-vs-player. Also, there’s no level cap in this alpha even though it ends after the Duriel encounter, so it will be interesting to see just how hard and high some folks grind it out in those Act 2 tombs.

As a Tech Alpha, the real interesting part of this experience is finally getting to see how the game looks and plays in a live environment. I suppose it’s also going to be neat to see just how much Diablo II holds up today, with all of the ARPGs down the line that it essentially fathered via its existence. Come join us live and check it out! One note: If you are lucky enough to win one of the few keys we have to hand out, we can’t give them to you until 9 AM CT on Friday.