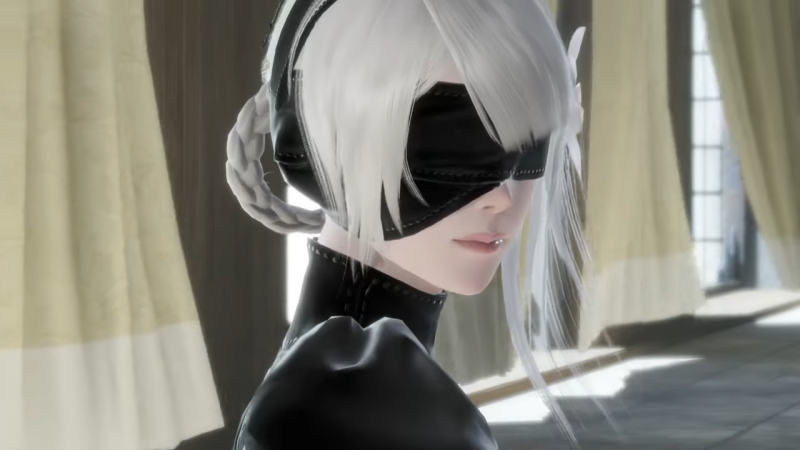 A new NieR Replicant trailer is here, and it shows off all of the additional content players can look forward to. From additional dungeons to a new Mermaid episode, one could even say there are 1.22474487139 reasons to jump back into the action.

The additional dungeons, titled 15 Nightmares, also shows off just a little bit of the challenge that awaits, with fast-paced combat and heavy move sets meant to dominate.

The Kabuki and Samurai costumes are also shown off, showing off a new style for players to show off when taking to the new content, including a new episode titled Mermaid. The newly added episode teases a decrepit ship and a little girl with new enemies to face and dangers to overcome.

NieR Replicant arrives later this week, on April 22, 2010, and is perfect for returning fans and newcomers to the franchise alike. The full title, NieR Replicant Ver. 1.22474487139 is a mouthful but an exciting adventure nonetheless. Luckily, we aren’t the only ones having a hard time trying to remember the name. When we interviewed Yoko Taro earlier this month, even he said he couldn’t remember the exact number sequence:

“To be honest, I did not want to put numbers on it,” he said. “I wanted it to be Nier Replicant, but Yosuke Saito, the producer of the game, really wanted to express that this is an updated version. So I was thinking, ‘Okay, this is an updated version, but we also don’t want this to be referred to as a remaster. So it’s not a version two, neither is it a remake, but it’s not quite 1.55. Okay, let’s pare it down a little more, maybe, it’s 1.22.’ That was the thinking behind it. As far as whether or not I can memorize the number – no, I have not, and I’ve been calling it ‘the updated version’ all the time.”

So, to simplify, let’s just go with NieR Replicant.

Thoughts on the new NieR Replicant extra content trailer and the new episode revealed above? What are you most excited about when this adventure arrives on April 22? Sound off with your thoughts in the comment section below!