Planned balance changes of the next update and a new co-driver. Mass testing 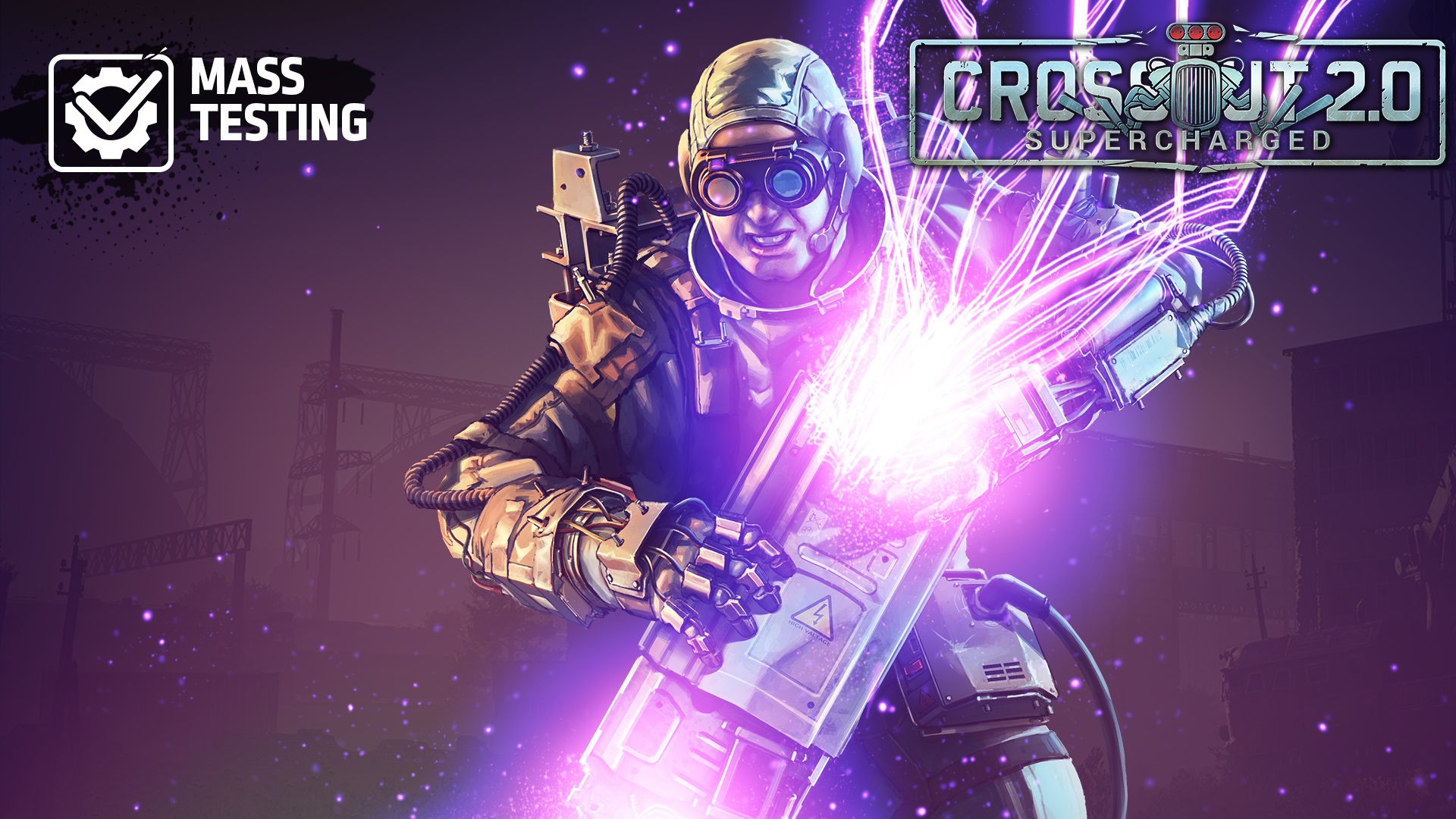 Today we’d like to share the information about the planned balance changes, as well as tell you about a new co-driver, who specializes in energy weapons. You will also be able to try out all the planned changes and the new co-driver on the test server.

Please note that all the balance changes specified in this news are relevant at the time of publication and may not be final or not get into the game at all. Certain additional changes, if necessary, can be made after the announcement.

Since the co-driver system update, w’eve received a lot of feedback and questions from you about a dedicated co-driver that specializes in energy weapons. Now it’s time to meet such a co-driver. Meet Hertz!

No one in the Valley accepted Hertz because of his excessive fondness for dangerous experiments, which made the young scientist very angry. After years of wandering around power stations and transformer booths, his talents were finally recognized by the mercenaries. For them, the most important quality in a person was the ability to destroy.

Activation: The talent charges when the armoured vehicle moves at a speed higher than 80% of its maximum speed. The next shot at the enemy made from an energy weapon after a full charge activates the talent.

Effect: increases the damage of energy weapons to the cabin, modules, weapons and movement parts by 30%, but reduces the damage to structural parts by the same percentage.

The talent now charges for 3 sec. (instead of 2 sec. before)

Comment: Falcon’s talent is being activated much more often than the talents of other co-drivers, which makes him almost the most effective choice for many players.

Now, to activate the talent, you need to fill 2 charges (instead of 4 charges before).

Comment: the situation is opposite to the situation with Falcon. Yuki’s talent is very rarely activated due to the excessive requirements, which affects her effectiveness. This change will make it easier to use her talent.

Increased the length of the weapon’s physical model.

Comment: of all the melee weapons, “Borer” has the most effective area of damage in relation to its model and can quite effectively penetrate the internal parts of the vehicle. Now it will only deal damage to external parts.

Comment: the effectiveness of the cannon doesn’t match its rarity. By increasing the projectile explosion radius, we will fix this problem.

Comment: in order to become a more attractive analogue of the “Wasp”, this rocket launcher lacks efficiency. A small reload boost should resolve this issue.

Comment: the minigun is now over effective at long-range battles when compared to other epic weapons that perform the same function.

Comment: after these changes, the “Executioner” should become a more powerful cannon, comparable in effectiveness to other epic weapons.

The bonus to the reloading of weapons mounted in a single copy has been reduced from 25% to 20%.

Comment: the 25% bonus turned out to be excessive when compared to 15% and 10% bonuses for 2 or more weapons, which leads to an excessive increase in the effectiveness of weapons mounted in a single copy.

Comment: extremely high weapon efficiency with almost any combination of modules. Vehicles with “Yongwang” provide both high damage and versatility in terms of modules — something that vehicles with other weapons cannot provide. The change is aimed to reduce the effectiveness while also preserving the weapon’s main purpose.

Comment: the turret is almost never seen in battles. The changes are similar to the recent changes to “Aegis-Prime”: the decrease in shield durability is compensated for by the reduced power consumption and increased convenience of using the turret.
Increasing the number of points should encourage the use of the “Barrier” in a more fair way. Point scoring has also been added to the shields of “Aegis-Prime” and “Nova”.

Comment: the module shows rather low efficiency in relation to its energy drain. The assemblies with “Tormentor” may have been even less effective than those without it. By reducing the energy drain, we can make the module a necessary part for mounting on a vehicle, so we choose another option and increase the damage bonus.

Comment: the changes are aimed at increasing the efficiency of “Aggressor” in comparison to similar and more attractive cabins.

Comment: adjustments to the tracks will make them more responsive and maneuverable.

Comment: the change in acceleration will primarily affect the cars with high PS level with a large number of hovers. The invisibility fix will equalize hovers with ground movement parts in terms of detection when using invisibility modules.

Comment: As with the “Equalizer”, this minigun is over effective at long-range battles when compared to other legendary weapons that perform the same function.

Comment: the physical model has become smaller and closer to the weapon’s visual model. The change should increase the survivability of weapons and make the process of building cars with this minigun more convenient. The remaining changes are aimed at improving the effectiveness of the weapon at long range.

Comment: using the “Assembler” will become more convenient, and the cost of a possible error will no longer be so high. The convenience of shooting without charging should also improve.

Comment: Increasing the burst length should improve the overall efficiency of the weapon, but make the use of the perk more dependent on the player’s skills.

Comment: the cabin has high efficiency which, combined with the perk, makes certain types of weapons irrelevant. The cabin parameters are returning to their original (release) state, and the perk’s active time is reduced, which should slightly reduce the cabin’s efficiency and increase the relevance of other parts.

Comment: in its original form, the weapon could be used as a kind of “reusable spear”, by firing at the enemy at close range. We would like to slightly reduce the popularity of this type of gameplay by slightly increasing its risks.

Comment: the edit is aimed at improving the disk launcher’s perk. Now a disk stuck in the ground will not be destroyed by a collision and will have time to deal more damage. Changing the physical model of the disks should also increase the chance of dealing damage this way.

Once again, we’d like to remind you that all of the above edits are not final and may still change before the update is released.

See you in the next announcements! Before the Hyperboreans arrive, we can expect one more part of the devblog, as well as a first look at a new map. Stay tuned!

How to get to the test server?

If you have already participated in testing on a special server, then it will be enough to start the Launcher from the folder with the test client and wait for the update to complete.

The public test server is intended only for testing of the upcoming update, and may not accommodate all players without exception. However, absolutely anyone can join the server, as long as there are free spots.