Xbox LIVE: it’s over, it changes its name, Microsoft has new ambitions for the service 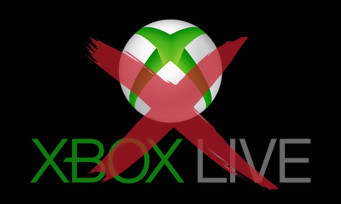 Launched in 2003, one year after the advent of the first Xbox in the gaming landscape, Xbox LIVE is a service that has evolved over the years and Microsoft’s philosophy with each new console. In 2021, the American manufacturer wishes to mark a break with the Xbox LIVE Gold, undoubtedly also doomed to evolve, or even disappear in the long term, in favor of the Xbox Game Pass, real star of the Redmond firm. This is why, to clearly distinguish the service of Xbox LIVE with the Xbox LIVE Gold subscription, Microsoft has decided to rename Xbox LIVE to Xbox Network. A more logical connotation in the sense that we are talking more about the network than the subscription service. It is therefore not a question of removing the name from Microsoft’s vocabulary, even if the trend leads us to believe that the American giant could well make it disappear in the next few years. We remember the increase in the package last January, which caused a monumental outcry before Microsoft changed its mind a few hours later. Still, from now on, when it comes to the Xbox LIVE service, we must now talk about Xbox Network.