World of Warcraft Shadowlands test: an expansion that does the job, and does it well!

At a time when a Game Pass subscription gives you access to hundreds of games, some players still prefer to pay their monthly contribution to Blizzard, in order to be able to extend their adventures in Azeroth. Sixteen years after its release, the king of MMORPGs has therefore lost none of its power of attraction, regularly renewed over the expansions. The latest is called Shadowlands and quite logically suggests that we go for a “little” tour in Shadowlands, where we will have the opportunity to get to know four congregations … 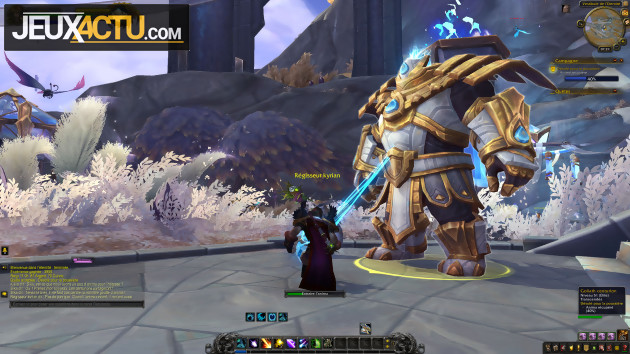 The first contact with this extension may surprise those who have not followed the news of the game in recent months, since Blizzard imposes a “level squish” on all characters. This global, automatic and compulsory level reduction will therefore bring your level 120 heroes back to level 50. Subsequently, the content of Shadowlands will allow you to reach the new maximum level, set at 60. Obviously, everything has been updated. scale, whether it’s the power of items, enemies or your blows. Concretely, you do not lose anything… nor gain anything for that matter. Suddenly, we are still looking for the benefit of the maneuver, especially since the increase in the maximum level has always been presented as a selling point with each release of a new extension. So let’s go over this somewhat strange choice, and let’s rather take an interest in the brand new starting area provided by this new add-on. Entitled The Borders of Exile, it allows a newly created character to be quickly raised from level 1 to level 10. Particularly well done, it is both educational and fun. The developers will casually teach you the intricacies of your classroom, how to look for a group for dungeons, and even how to use a “/ sign”. This mini-adventure, which takes place on an island following the sinking of your boat, has absolutely no downtime since in an hour of time, you will have the opportunity to ride a giant boar, to be carried in the air by a reconnaissance drone, or to be transformed into an Ogre to infiltrate an enemy base. The highlight of this starting area is a first small dungeon (the Citadel of Nightmonger), after which you will be more or less let loose in the wild, free to browse the narrative arc of Battle for Azeroth in order to go from level 10 at level 50. Shadowlands naturally takes control from level 50 to level 60 and then reveals its main scenario. This one stars Sylvanas Windrunner who, following an attack on the Frozen Throne, tore the veil separating the world of the living from that of the dead: the Shadowlands.

TO INFINITY AND BEYOND

Listening only to his courage, your hero will therefore travel the Shadowlands in pursuit of Sylvanas. This journey will give him the opportunity to visit an unprecedented capital (Oribos) and five new regions, including the Antre. This particularly inhospitable place, guarded by an impressive Jailer, will be your favorite endgame playground. But before you get to that, you’re going to have to go through the Bastion, Maldraxxus, Sylvarden, and Revendreth regions. The scenario dictates the order of visitation to you in a linear fashion, but this is quite a good thing as you will later have to pledge allegiance to one of the four congregations corresponding to these four regions. You will be able to make your choice with full knowledge of the facts, whether for aesthetic, scriptwriting or gameplay considerations. Because it is one of the strengths of this extension to manage to offer us extremely different atmospheres from each other. The land of the Kyrians, the Bastion, turns out to be truly heavenly. She favors light and pastel tones, while her winged, blue-skinned inhabitants team up with robots in shimmering golden armor and helpful little humanoid owls.

Conversely, the Necro-lords of Maldraxxus are all about violence and combat. Besides, your first steps in this region will take place in an arena where dozens of players face dozens of creatures all stickier than each other. The next stage is intended to be a little more serene since, despite their horns and forked hooves, the nocturnal Faës of Sylvarden are more mystical than evil. They live in an enchanted forest, where little winged creatures and a gentle, nocturnal atmosphere go hand in hand. Finally, the last congregation that remains to be mentioned is that of the Venthyrs of Revendreth. Return to the dark, since Gothic architecture and vampiric creatures will constitute your daily life here. It is really pleasant to be able to progress in such varied places even if, within the same region, the quests are quite uneven. If some are strongly scripted and use little gameplay tips, they are still too many to rely on the classic “bring back four things and kill five things”. 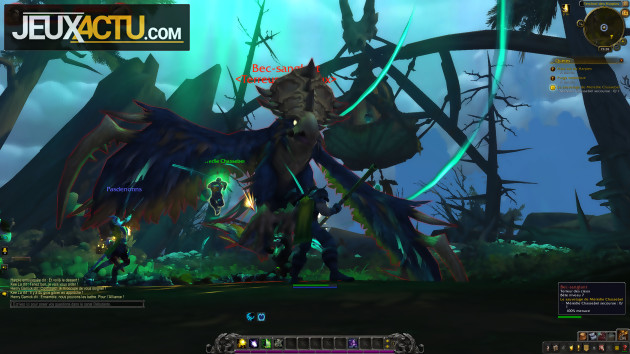 Fortunately, the Shadowlands experience is not limited to climbing to level 60. It is precisely once you have reached this level that you have to join one of the four congregations. In doing so, we are entitled to specific missions, skills, mounts, mascots and armor. There are still some common principles between the different clans, such as the adventure table. The latter allows adventurers to be sent on an “offline” and “non-gameplay” mission, with a little additional tactical subtlety compared to usual: the possibility of placing units freely on a grid, which will have its own importance during the resolution (automatic and turn-based) of the combat. Even more important is the new Soul Ties system. As its name suggests, it suggests that we link the soul of our character to that of a hero of the congregation to which we have pledged allegiance. Concretely, this gives us access to a particular passive talent tree. Of course, Shadowlands also offers its share of new dungeons and raids. Thus, you will come across four dungeons during your progress (Necrotic Wake, Malepeste, Mists of Tirna Scithe, Halls of Atonement) and will be able to farm four others once the maximum level is reached (Arrows of Ascension, Theater of Pain, The other side, Blood Depths). 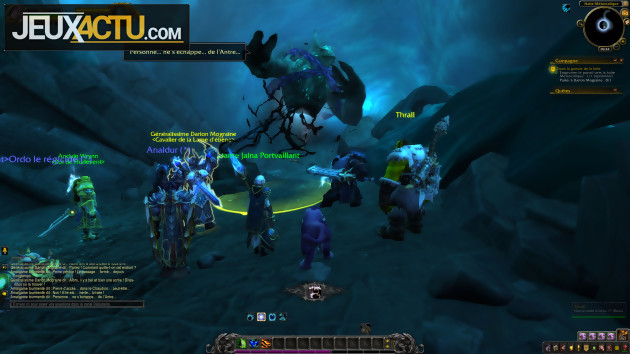 The first raid to see the light of day is Castle Nathria, which is located in Revendreth and therefore gives pride of place to ghouls, gargoyles and other vampires. Torment, the tower of the damned, is a more unexpected novelty since it is an infinite dungeon, inspired by rogue-like game mechanics (temporary powers, content generated randomly in each game, increasing difficulty … ). This should ensure an even longer lifespan to a game that already does not lack longevity. Moreover, if the sixteen years of WoW is necessarily felt graphically, the artistic direction once again saves the day. The engine continues to be improved over time, of course, but the “great” technical innovation of this 2020 version has left us completely unmoved. It is the support of the essential ray tracing. Except that the latter is limited to the management of shadows and not to reflections, for a result that is very difficult to discern… apart from the loss of framerate!

Bungie Dev Teases Next Destiny 2 State Of Play, "2021 Is Going To Be Different"
25 mins ago

Balan Wonderworld: a demo playable everywhere, for everyone
32 mins ago