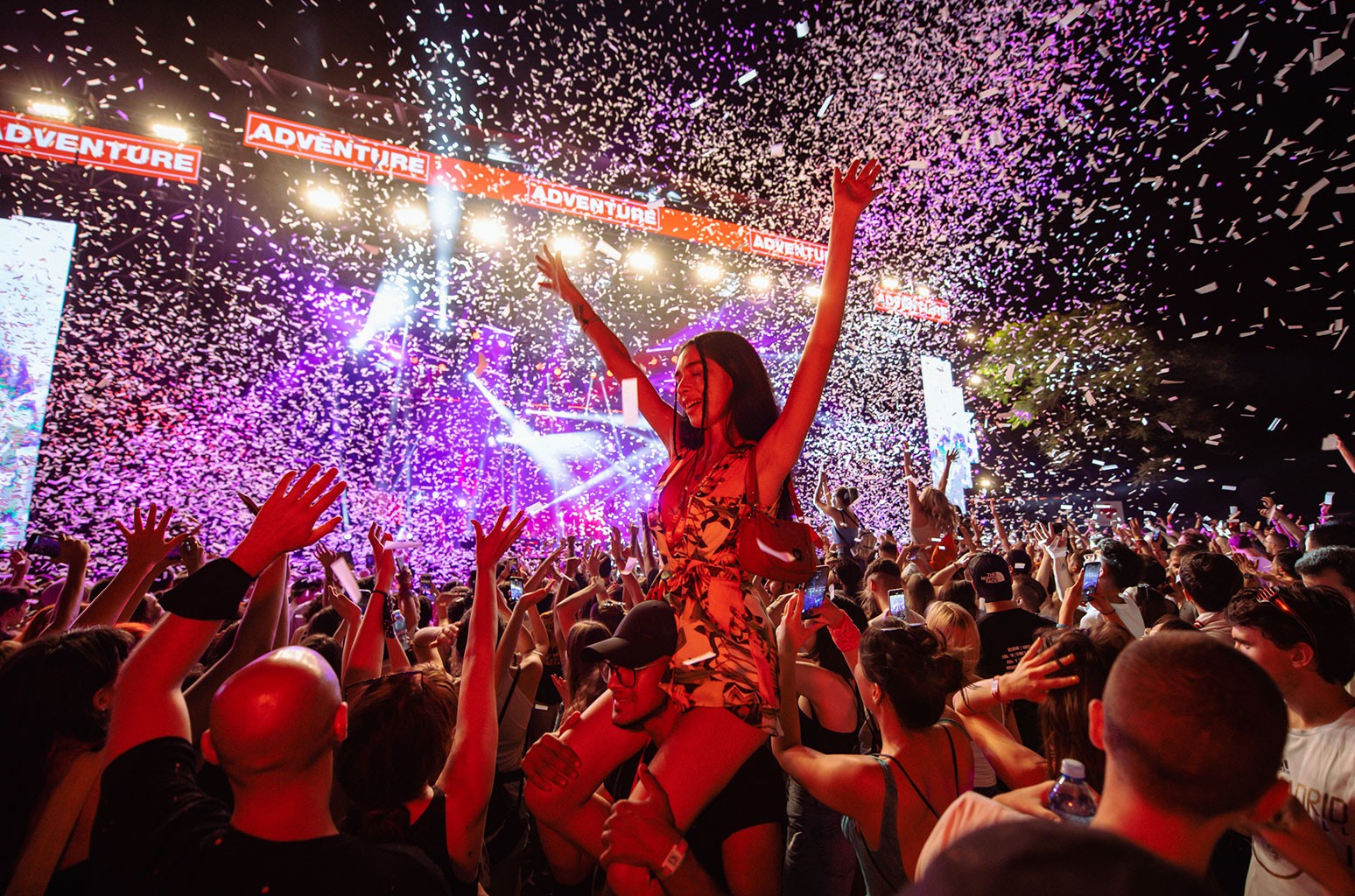 NOVI Sad, Serbia – With Europe in a state of flux over flareups of the latest COVID-19 variant, EXIT Festival took the plunge this past weekend, ushering in the euphoric return of open-air festivals, with tens of thousands of people dancing shoulder-to-shoulder at a 240-year-old fortress.

In doing so, EXIT became the first major European festival to return since the pandemic exploded 18 months ago — in this case for its 20th anniversary edition, with a lineup of about 300 mostly dance music acts, from Paul Kalkbrenner to David Guetta to Nina Kraviz. “It’s the best place to be right now on the entire planet,” said Guetta, who headlined the closing day, in a statement.

A handful of acts either shifted their set times or canceled altogether, citing health concerns, including Tyga, Honey Dijon and Hot Since 82. But the organizers otherwise pulled off the four-day event at the Petrovaradin Fortress at full capacity and without any major incidents, taking steps to ensure a safe experience by requiring proof of vaccinations or immunity, and recent COVID tests.

“I’m personally very thankful for the star performers who stepped in last minute,” Dusan Kovacevic, EXIT founder and CEO, said in a statement. “They are our heroes and our friends forever.”

Organizers said 180,000 people — about 45,000 a day — attended the festival, which wrapped up on July 11. More than half the attendees came from outside of Serbia, hailing from 70 other countries, said organizers, who also noted that tickets sold out within a week of the festival.

The festival was hardly a sure thing. Serbia has had a complicated experience confronting the pandemic. Last summer, with virus cases spiking, widespread protests broke out in the country, including in Belgrade and Novi Sad. They soon morphed into a wider movement against President Aleksandar Vučić for his handling of the pandemic. Protesters expressed displeasure with government decisions to hold a general election, restart large sport events and reopen nightclubs too early, which they believe led to the need for a second lockdown.

This year Serbia has pushed aggressively to vaccinate its population and avoid further infection waves. Just shy of 40% of the Serbian population is fully vaccinated. As of this week, 7,077 people in Serbia had died from COVID-19 and the country has one of the lowest death rates in Europe, according to Johns Hopkins University.

“This festival couldn’t have happened anywhere else,” Marko Kerkez, 25, tells Billboard. “The mentality here is different. People here are easy-going, and don’t really care about the pandemic here, not much. The government allowed it, so it’s fine.”

Kerkez, a Serb, attended with his girlfriend, who had flown from South Korea to attend the event and was more cautious than most Serbians. They were among the scant few attendees that wore masks.

The biggest complaint among some attendees was that EDM and techno acts (including Guetta, DJ Snake and techno stars like  Amelie Lens, Charlotte de Witte and Kraviz) dominated the festival lineup, making EXIT feel like a departure from its more underground roots. In the past, the event has also featured band headliners like The Killers. This year, local Serbian rock groups played sets earlier in the day, and the Swedish heavy metal group Sabaton played until just before midnight — leaving the coveted post-midnight time slots to almost exclusively dance acts.

“There are too many DJs on the main stage,” said Sabaton fan Jovana Milicevic, 36, a veteran of previous EXIT festivals.

That said, dance music has always been central to Serbia’s modern history. The Prodigy’s historic performance in Belgrade in December 1995 after the Bosnian War was a cathartic watershed event, and Belgrade’s thriving nightlife culture has drawn comparisons to Berlin’s endless party scene.

Guetta, who has played EXIT several times, drew one of the largest crowds of the weekend. He kicked off his future wave-infused set with his early hit “Titanium,” its simple message of resilience through difficult times hitting home with the crowd. EXIT was a kind of a homecoming for Guetta, and there seemed to be a genuine sense of poignancy when he said from the stage: “We are a family back together again.”

EXIT is set in a sprawling labyrinthine outdoor complex at the Petrovaradin Fortress. The site is accessed by foot over Varadinski Bridge, and there are many tunnels and metal staircases constructed for the festival to negotiate the hilly multi-level terrain. Stages are nestled around the imposing fortress walls, playing music for all tastes, from Serbian pop to reggae, chill out to trance and Latin music.

There was a palpable sense of release in the air after a year of depressing COVID lockdowns, anxiety and uncertainty. The organizers echoed these sentiments in their welcoming remarks during the opening ceremony, which was followed by a cathartic fireworks display. Then DJ Snake took the stage for a packed and energetic set, which blended radio hits with aggressive dubstep breakdowns. He declared his appreciation for being in Serbia for the first time, then led the audience in a chant of “F–k COVID.”

Entering EXIT’s festival grounds was a journey of sights and sounds. Hundreds of kids who could not afford tickets congregated on the opposite side of the Danube River, where they could hear the distant drone of the festival — drinking beer, playing music and flirting on the wharf.

On Beogradska, the long cobblestone street that winds into the festival, there was a street party vibe with impromptu brass bands and drum circles, peddlers hawking cigarettes, water, corn on the cob and Rakia (the Serbia national drink), and bars blaring Turbo Folk, Serbia’s treacly indigenous pop music. Once inside the festival, some people wore masks — but moreso to protect themselves from the dust kicked up by thousands of revelers in the dry heat of day. Most seemed to forget the pandemic altogether.

The festival made great use of the fortress’ unique acoustics, as the stages seemed close to each other, but the immense stone walls and hilly terrain absorbed much of the music, isolating the stages in their own cocoons of sound. Music spilled out from everywhere, from the synthwave-inspired Italians Agents Of Time to a boisterous 30-minute set from the young U.S. hip hop star Sheck Wes and the techno tone poems of Ukrainian duo ARTBAT.

By the third day, with the sudden cancellations of Honey Dijon and Hot Since 82, the music oscillated between the hard pummeling techno of artists like Amelie Lens, Pan-Pot and Charlotte De Witte, and the more melodic techno of Kalkbrenner, Solomun and ARTBAT.

Local DJ Marko Nastic played one of the more refreshing DJ sets at the dance arena, warming up the crowd for Kalkbrenner. Nastic’s selections combined crowd-pleasing techno with more deep house textures, even throwing in a mesmerizing 1980s remix of the Frankie Goes To Hollywood hit “Two Tribes,” its anti-war message not lost among the Serbian punters.

Overall, EXIT 2021 was a reminder of the not so distant past, and — if and when other countries follow Serbia’s lead — a glimpse of the future as well.