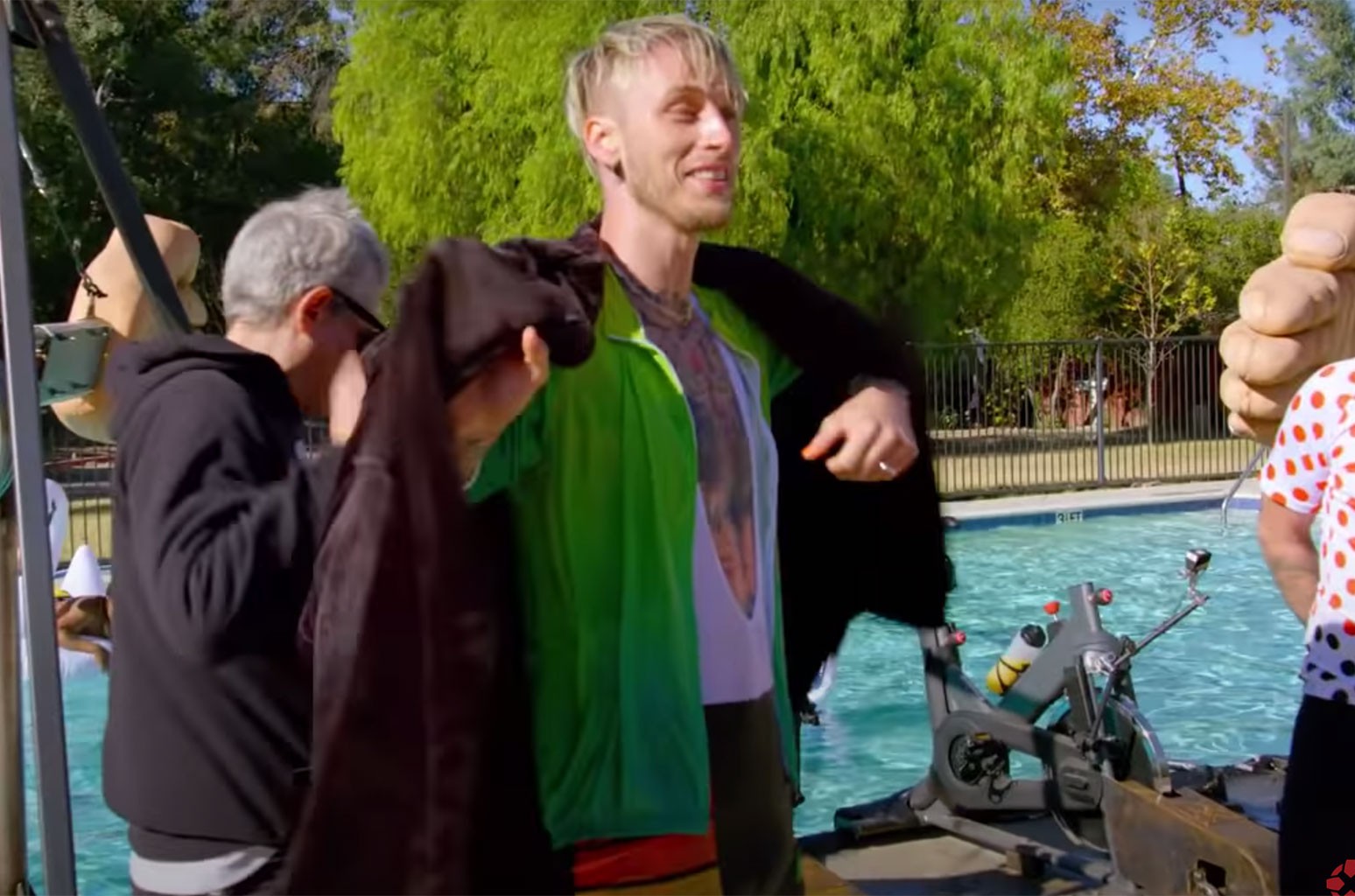 Who better to add to the sixth film installment of Jackass than two former cast members of Loiter Squad? Tyler, the Creator will star in the new Jackass Forever movie alongside his former Odd Future cohort Jasper Dolphin (who also appeared in this month’s Jackass Shark Week special) as well as fellow rapper Machine Gun Kelly.

Johnny Knoxville and Steve-O from the original MTV reality comedy franchise will lead the new cast, as seen in the new Jackass Forever trailer that was released on Tuesday (July 20) that teases “another round of hilarious, wildly absurd, and often dangerous displays of comedy” performed by the OGs and the artists.

From Knoxville being a human cannonball to Jasper being parachuted into the air before landing right on his head — “Concussions aren’t great, but as long as you have them before you’re 50, it’s cool,” Steve-O insists — the Jackass shenanigans prove age is just a number.

In the daredevil clip, MGK pedals a bike to power a large hand that will slap Steve-O out of this seat and into a pool, but the rapper-rocker ultimately gets smacked. And oh yeah, it looked like it hurt. “You said it wasn’t going to feel like anything!” a completely soaking-wet MGK says upon getting out of the pool. Meanwhile, Tyler seems to get electrocuted while wearing a dapper white-and-black suit, which he shared on his Instagram Story.

Jackass Forever will premiere in theaters on Oct. 22.

Watch the official trailer below.