Tokyo Game Show 2021: like last year, the show will be held online only 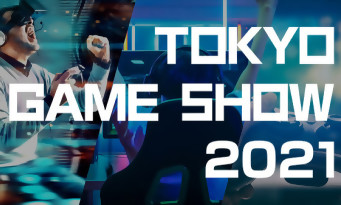 While the CESA had assured that the Tokyo Game Show 2021 would take place at Makuhari Messe, faced with the current health situation, the organizers of the show have no other choice but to change their minds. This is the reason why they are announcing through an official press release that, ultimately, the event will take place only online.

This is especially true for the general public, because as far as industry professionals are concerned, it will still be possible to physically visit Japan on a special day scheduled for September 29. The opportunity not only to take in hand some demos, but also to discuss with the developers. Moreover, exhibitors wishing to make the trip have until June 25 to come forward. We imagine that the organizers will take all precautions to guarantee the safety of each participant.

Note that after having carefully studied the feedback collected last year, the CESA intends to propose a much more effective formula. For example, there is a real desire to allow players to try out demos from home, without knowing for the moment whether the different platforms are ready to collaborate. All the programs broadcast on YouTube, Twitch, NicoNico, or even Facebook will be accessible in English, and the possibility of a virtual visit of the Makuhari Messe (for a fee) is also being considered.

As a reminder, the Tokyo Game Show 2021 – whose theme will be “We will always have games” – take place from September 30 to October 3 and will try to do better than the 31.6 million views of the 2020 edition. For the 25th anniversary of the show, that would not be bad.