The Last of Us HBO: from Mahershala Ali to Pedro Pascal, the rumors, denials and announcements that agitated our night 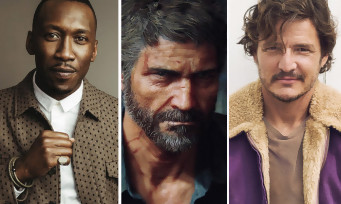 It is little to say it, but the night will have been eventful on the side of rumors, denials, official announcements and even revelations. It all started around 10 p.m. when the site The Illuminerdi, specializing in pop culture, claims to know exclusively the identity of the actor who will play Joel Miller in the next series The Last of Us produced by HBO Max, Sony Picture Television, PlayStation Productions, Word Games, and Neil Druckmann, the game’s game director. According to the site in question, it was Mahershala Ali who was chosen by the production and this news elicited a number of reactions on social networks. Some fans were outraged at the character’s blackwashing, pointing to a lack of consistency in the cast.

This is the big rumor of the evening: the role of Joel in the series The Last of Us for HBO would have been offered to Mahershala Ali. pic.twitter.com/hHS40DsNIQ

Very quickly, the subject found itself in Trend Topic world on Twitter, which prompted the very informed The Hollywood Reporter to deny the information, revealing in the process the identity of the actress who will play Ellie in the series. So we learned that it is Bella Ramsey, who we saw in the role of Lyanna Mormont in Game of Thrones, who will take on the role of Ellie. Given her performances, she has the shoulders to embody as it should be “the adopted daughter” of Joel.

Faced with the debacle, The Hollywood Reporter denies Mahershala Ali as Joel, but announces Bella Ramsey (Lyanna Mormont in GoT) as Ellie. Confirmed behind by Neil Druckmann.

It was then around 4:30 am that things accelerated, with probably the end of the embargo to finally reveal the choice of the role of Joel, since The Hollywood Reporter and Variety publish their article at the same time to certify that it is Pedro Pascal who has been selected to play one of the most charismatic characters in video games. In the process, the actor himself will tweet, as well as Neil Druckmann, the game’s co-creator, history to drive the point home definitively. At the peak of his career right now, Pedro Pascal was spotted in Game of Thrones, Narcos, The Mandalorian, and the recent Wonder Woman 1984.

Well, it’s official (and this evening will have been full of surprises), it’s Pedro Pascal who will take on the role of Joel Miller in The Last of Us HBO.

Give us back Mahershala Ali. 😢 pic.twitter.com/oK6F6BoCMe

If the main cast is now official, reassuring fans of the series, it only remains to wait for the continuation of the actors who have been cast to surround the two main stars. We are waiting, for example, to know who will take on the role of Tommy Miller, Joel’s brother, Tess or even Bill, if these characters are indeed planned in the series. We remind you that the story will be inspired by the first episode and will allow us to relive the events of the video game, while providing new details. And we repeat it again here, but c‘is Craig Mazin, the screenwriter of the Chernobyl series, who is writing, but also in the role of executive producer. It is not known if the entire series will be directed by one and the same person, but know that it is the Russian director. Kantemir Balagov who will take care of the pilot. He was noticed in Cannes and nominated for an Oscar for his previous work.