Tekken 7: Lidia Sobieska, 1st Minister of Poland, is the last character of Season Pass 4, here is his trailer 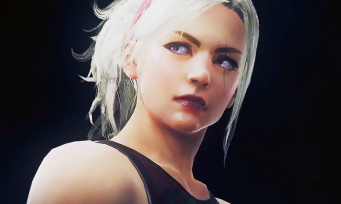 It was just a few hours ago: Bandai Namco Entertainment was organizing the finals of the Tekken 7 “King of the Hill” tournament and the Japanese publisher took the opportunity to reveal the identity of the last character of Season Pass 4. He This is Lidia Sobieska, Prime Minister of Poland in the lore of the game, but also an expert in karate and who defends the colors of her native country. The opportunity to discover some of her techniques, both focused on attack and defense, knowing that she will be able to achieve very significant counters. Of course, the arrival of Lidia Sobieska will also be accompanied by a new internship, her own, which is none other than Island Paradise. We will have to wait until Tuesday March 23, 2021 (or tomorrow) to get our hands on it, knowing that the Season Pass 4 is offered at € 13.49.