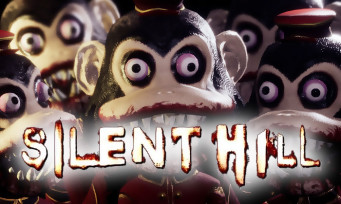 Released on PC Steam on November 2, 2020, Dark Deception: Monsters & Mortals has remained a certain anonymity. Multiplayer horror game about surviving in cramped corridors, either in the skin of an average human or of a flesh-thirsty monster. the title is on the front page of all the media following its partnership with Konami. Indeed, what could be smarter than offering a “Silent Hill” DLC to talk about yourself? This is what the developers of Glowstick Entertainment have just announced, which specifies that it will just be a new map that will take the universe and the aesthetic of the game Silen Hill. A first video has been posted, but it reveals absolutely nothing. We imagine that we will have to wait for the next highlight to see more. This additional map will arrive this month if all goes well.