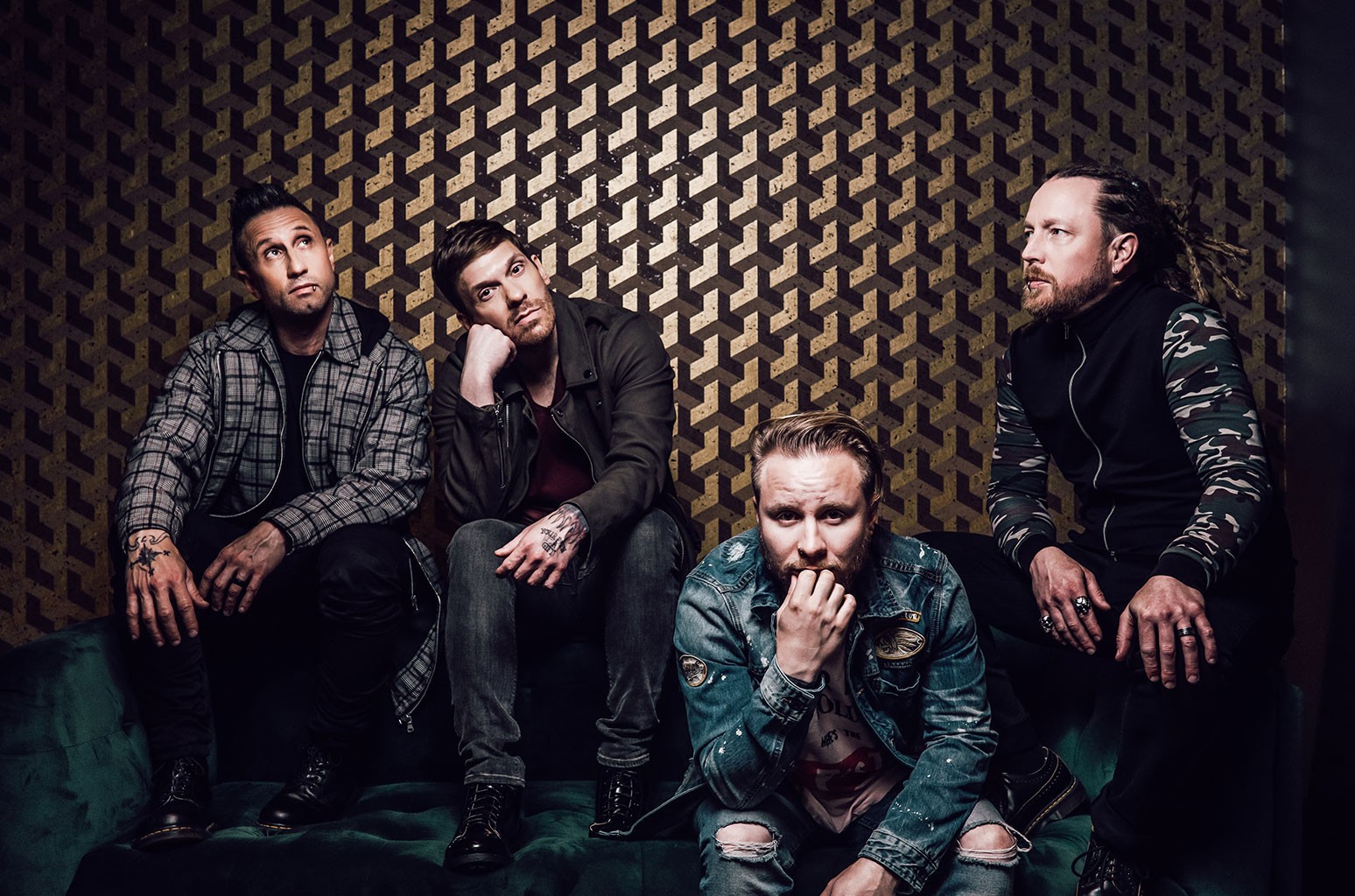 The winners atop each tally? Shinedown rules the artists ranking, while Days of the New‘s “Touch, Peel and Stand” tops the songs survey.

Below is a look at the top-performing artists and songs over the first 40 years of Billboard‘s Mainstream Rock Airplay chart, which began in the March 21, 1981, issue. At the time, Mike Harrison wrote in a column introducing the ranking that rock “has long become album-based,” with such classic albums as The Beatles‘ iconic 1967 LP Sgt. Pepper’s Lonely Hearts Club Band famously having not spun off an official single.

As rock radio solidified its standing as a format, however, “Something else is needed: tracks research,” Harrison mused. “In terms of actual rock radio airplay, the track has indeed become the primary unit of measurement.”

The band may not have even formed until two decades into the lifespan of the Mainstream Rock Airplay chart, but Shinedown reigning as the list’s all-time top artist should be none too surprising for anyone who’s followed the ranking in the ensuing 20 years.

The Florida-formed, Brent Smith-fronted quartet, No. 1 on Billboard‘s Greatest of All Time Mainstream Rock Artists chart, announced its presence with its debut single, “Fly From the Inside,” which peaked at No. 5 on Mainstream Rock Airplay in September 2003. Follow-up “45” reached No. 3 in May 2004, a cover of Lynyrd Skynyrd‘s “Simple Man” hit No. 5 in September 2004 and “Burning Bright” rose to No. 2 in February 2005. “Save Me” then began a 12-week domination in November 2005, bringing Shinedown to its most frequent peak on Mainstream Rock Airplay: No. 1.

Seriously. In a career that’s spanned 27 charting singles on Mainstream Rock Airplay to date, Shinedown has never not sent one of its songs to the top five, let alone the top 10. Its perfect top-five batting average (27-for-27, all released on Atlantic Records) includes a chart-record 16 No. 1s, meaning nearly two-thirds of the group’s entries have reigned, including its last six in a row dating to 2017.

The quartet’s exceptional streak pushed it into sole possession of the record for the most No. 1s in the chart’s history last August, when “Atlas Falls” led for a week, breaking the band out of a tie with Three Days Grace, which itself had dethroned previous record-holder Van Halen after securing its 14th leader in September 2018.

Those dizzying No. 1 counts not only place Shinedown at No. 1 on the Greatest of All Time Mainstream Rock Artists chart, but they also send the Canada-based Three Days Grace to No. 3 all-time (a mark accomplished despite the band shifting to a new singer for five of those rulers; after original frontman Adam Gontier left in 2013, the group has barely missed a step after adding Matt Walst on vocals).

Three Days Grace, with its 22 total chart entries in 2003-2021, gets edged out for No. 2 on the all-time artists list by a band with fewer No. 1s but greater longevity. The Sully Erna-led Godsmack, which initially roared in with the No. 7-peaking “Whatever” in 1998, has remained a stalwart at the format and is currently amid a streak of four straight No. 1s since 2018, with 11 leaders among 32 total chart appearances.

Days of the New ‘Stand’s Highest

No. 1 on the Greatest of All Time Mainstream Rock Songs recap? In 1997, Days of the New ruled rock radio with “Touch, Peel and Stand,” a behemoth of an introduction for the Indiana acoustic guitar-forward band.

The then-teens climbed to No. 1 that October and dominated through January 1998, a 16-week reign that was then the longest in the chart’s history and is now fifth-best. Even after its reign, “Touch, Peel and Stand” stayed on the chart for six weeks short of a year, joining its also-formidable follow-ups “Shelf in the Room” and “The Down Town” as they scaled the ranking.

The band released three albums between 1997 and 2001, with the original lineup appearing only on its debut and everyone but frontman Travis Meeks going on to form Tantric.

The rest of the Greatest of All Time Mainstream Rock Songs top five features bands still active — or somewhat inactive but not broken up. Stone Temple Pilots‘ “Interstate Love Song” ranks at No. 2, having spent 15 weeks at No. 1 in 1994, the record before Days of the New came along.