Santa Monica Studios: creators of God of War are on a new license, first details 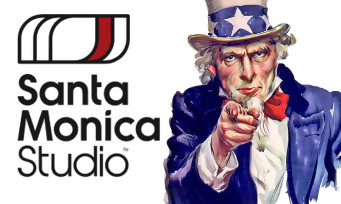 If we wait for Santa Monica Studios for God of War Ragnarok, officially still scheduled for 2021 (if all goes well) and probably both on PS5 and PS4, we learn in a totally public way that the Californian studio is at work on a new project. “An unannounced game” is the title of the job posting on Twitter, without pressure, knowing that it is in addition to one of the most prestigious positions in the development of a game, namely “Art Director”. For now, not much is known about this title, but it will allow the studio to finally move on, since the company has only been working on the adventures of Kratos since the beginning of its existence. However, be aware that this is not the first time that the desire to switch to another license has manifested itself within Santa Monica Studios, since we remember that a project was aborted in 2013, with a good number of employees who had been dismissed. It was about Darkside, a futuristic action game yet promising and whose images were leaked in 2017.

That said, we are aware that the studio has changed its strategy internally, with a multi-phase strategic plan to be able to set up several projects at the same time. It was in 2018 on ResetEra and it is obvious that the future of the studio looks brighter than ever since the critical and commercial success of the “reboot” of GOD OF WAR.

We are seeking an experienced Art Director for the development of a new unannounced title!

If you’ve got what it takes to guide and inspire our team to deliver best-in-class visual quality, apply here 👉 https://t.co/HBV4G97OtI #SMSCareers #Gamedev pic.twitter.com/IkzVzcvCJV