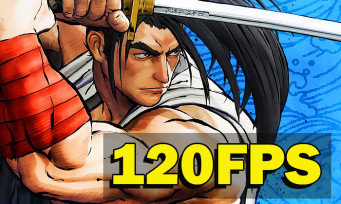 Like most big games, Samurai Shodown will take advantage of new generation consoles to be significantly upgraded. SNK let us know that an Xbox Series X | S version will be available from March 16, 2021, with a framerate that will break mouths as they say in the middle. 120fps, this is the promise of the ex-manufacturer of the NeoGeo who intends to mark the occasion by marketing as a bonus a physical version through Koch Media which will take care of the distribution. A boxed version that will be released the same day in Europe, Americas, Africa, Middle East, Oceania, Australia and New Zealand. Microsoft requires, Smart Delivery will of course be effective and players who own the game on Xbox One will be able to play it on Xbox Series X | S at no additional cost. DLC will also be transferable. Finally, it is also fashionable to recall that to enjoy the 120 images per second, it is mandatory to have a compatible TV or PC monitor to enjoy it. Come on, we’ll leave you with the announcement trailer for this Xbox Series X | S iteration and SNK’s message, through Hayato Konya, the game’s Game Director.