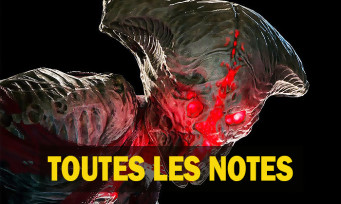 Available since April 30, 2021, Returnal is the latest PS5 exclusive. Developed by the Housemarque studio, which worked in the past with Sony Interactive Entertainment with Resogun and Alienation, to name just these two titles, Returnal is a game that differs from classic AAAs because it is not really one. Due to its approach already, this Rogue-lite is above all for an informed public, able to chain the deaths, sometimes the most unjust, but also to lose all its arsenal as soon as the Game Over appears. Also incorporating elements of shoot-em-up, Returnal is also a ballet of squared enemy shooting which requires the players to a certain degree in the reading of the patterns of the adversaries, especially the extremely tough bosses.

As for the atmosphere, the game of Housemarque is a nice mix between Prometheus and Edge of Tomorrow, with the added bonus of elements taken from Gears of War in some gameplay mechanics. In short, a nice mix that has been able to please the specialized press, which has received it with great enthusiasm. Returnal indeed obtains the 86% average rating on Metacritic, based on a total of 99 reviews.