Resident Evil Village: unsurprisingly, the Japanese version will be censored 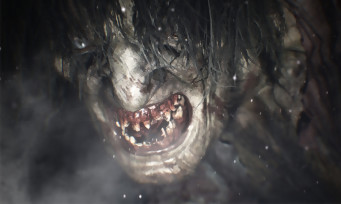 Even if horror and violence are not necessarily inseparable, it is a cocktail that Resident Evil has always served us since the first episode. Resident Evil Village will therefore be no exception to the rule, and given the creatures that we will have to fight for our survival, we must expect particularly gory sequences. A bloody spectacle that Japanese players will not be able to enjoy in its initial form, since Capcom announces on its official website that in the land of the Rising Sun, his game will be censored to stick to the standards of the intractable Computer Entertainment Rating Organization.

More specifically, two versions will be offered: the CERO D for players aged 17 and under, and the CERO Z for those aged 18 and over. Whatever version you choose, the game will be less violent and less bloody than in the West; and, above all, no beheading will be visible. Despite everything, Capcom promises that these changes will not impact the gaming experience in any way, and that the content will be identical to that to which other players on the planet will be entitled.

Expected for May 7 on PS5, PS4, Xbox One, Xbox Series X, Xbox Series S and PC, Resident Evil Village was the subject a collector’s edition at 1,500 € containing, among other things, Chris Redfield’s coat. If we say “did”, it is quite simply because the entire stock is gone. But hey, it is not impossible that we find this edition on some sites with a price largely revised upwards.