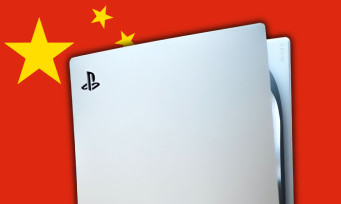 A very strategic market today, China will also benefit from the release of the PS5. The new Sony console will also benefit from a marketing that will be much faster than that of the PS4 at the time, since it is expected for the second half of 2021. It is recalled that the PS4 was deployed in March 2015, or one year and month after release in other countries. Of course, in order for Sony’s next-gen console to hit the lands of the middle country, it will have to follow a whole strict protocol. We learn, for example, that the machine will be limited by a geographic blocking so as to only run games officially approved by cultural and governmental authorities. Obviously, it is still possible to go through Hong Kong to get an international console, already available there since its arrival on the markets on November 12 and 19, 2020. Note, however, that China will also be facing to the global shortage and that it will also have to wait for the arrival of stocks planned especially for its market to meet demand. Moreover, according to estimates, know that it has sold 3.5 million PS4 for 1.2 million Xbox One and 4 million Switch in China.

Sony China has confirmed that it plans to officially launch the PlayStation 5 in Mainland China during Q2 2021.