PS5: 1 million in Great Britain in less time than the PS4, despite the shortage 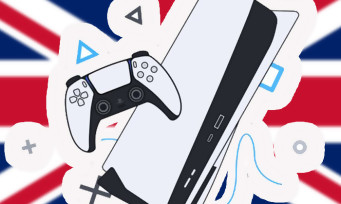 It took 39 weeks, or 9 months, for the PS5 to reach the symbolic threshold of one million sales in Great Britain. As for worldwide sales, it’s better than the PS4 which needed 3 more weeks to reach this figure. It is all the more remarkable for Sony Interactive Entertainment that we are still going through a period of penury, certainly less but still existing. It is therefore a record for PlayStation which achieves the best start in the country for all the consoles released so far, but does not exceed the Wii which had made a million in 38 weeks. According to GamesIndustry.biz, the PS5 was still behind the PS4 until the end of July, before receiving a boost in August thanks to a larger restocking on English soil. The month of August was also the best period for the console which rose to the top of the charts, ahead of the Nintendo Switch and then the Xbox Series. That said, in terms of purely physical sales, it is Nintendo that dominates the ranking with more than 21% of sales made by Nintendo. On the other hand, when you start to add physical and dematerialized sales, it’s a whole different story since you have to wait for 15th place to see a Nintendo game appear in the English table. Here is the Top 20 best-selling games in Great Britain for the month of August: