PlayStation Plus: here are the free games of April 2021, Days Gone present in the list 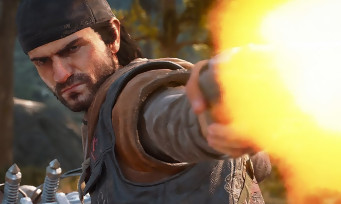 After Microsoft, it’s now Sony Interactive Entertainment’s turn to unveil the games that PlayStation Plus members can enjoy for free from April 6 to May 3. And the least we can say is that the selection has the mouth, since we note the presence of Days Gone, the open-world signed Bend Studio which, even today, is considered by much as a sub-side compared to other productions of the same genre.

Behind there is the Zombie Army 4: Dead War of Rebellion. Despite Hitler’s death, his zombified minions are still there to spread terror across Europe. Finally, on PS5, Oddworld: Soulstorm (in an optimized version, of course) is served. Oddworld Inhabitants will therefore keep its promise, since it is also from April 6 that the game will be available on PS4 and PC. Day one on the PlayStation Plus, what.