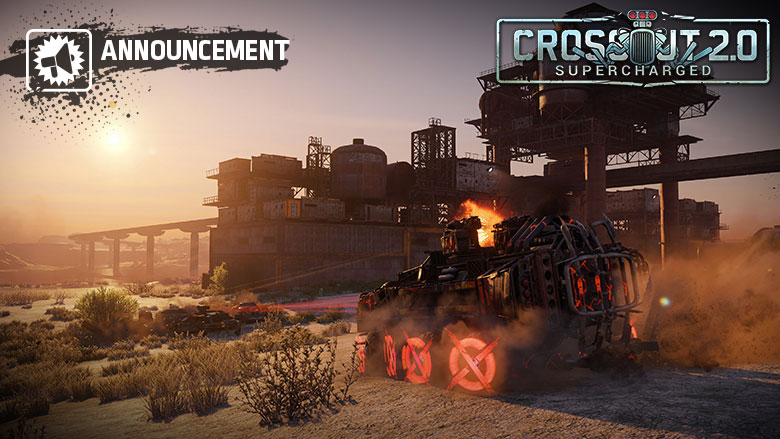 As always, we continue to share the changes and new features planned for the upcoming update.

Please note that all balance changes indicated in this news are current at the time of publication and may not be final or may not be included in the game at all. Some additional changes can be implemented after the announcement if necessary.

Comment: “Varun” stands out because of its high effectiveness, which it didn’t show before the updated co-drivers and the “Omamori” module appeared in the game. The changes are intended to simplify the gameplay against this weapon, while also preserving its competitiveness.

Comment: this cabin’s perk was highly effective and easy to use which, combined with other ways of increasing damage resistance, provided too much durability to the builds with this cabin. These changes are aimed at reducing the effectiveness of stacking up the bonuses and maintaining them.

Comment: “ML-200” were too slow when used without the “Steppe spider”, which noticeably reduced the variability when building vehicles with those parts. The perk of “Steppe spider” was changed, and the mechanical legs received the speed previously provided by the cabin’s perk.

Comment: changes in the perk and parameters are aimed at “unlinking” the cabin from a single type of movement parts and bringing its characteristics closer to other medium cabins.

Comment: “Oppressor’s” perk was making too much of a difference for heavy, slow-turning weapons, making some such builds too strong.

Rotation speed reduced from 77 to 60 degrees per sec.

Comment: The gun continues to show inflated effectiveness in battles at 6000-8000 PS. The change is intended to make the gameplay with the “Caucasus” deeper, prompting the user to think about their positioning in combat.

Comment: We’re enhancing the perk to increase the popularity of the cabin.

Comment: The change is intended to reduce the excessive efficiency of vehicles with hovers at high PS. Now, one has to find a compromise – either install more hovers, reducing maneuverability, or remove some armor, reducing survivability.

The perk now stacks if the speed of the vehicle doesn’t exceed 15 km/h.

Comment: the perk of “Tsunami” was almost impossible to use on armoured cars with hovers. The change is designed to both correct this situation and simplify the use of the weapon in other types of builds.

Comment: the module wasn’t very popular and showed low effectiveness when compared to “Omamori”. Reducing the durability of the shield and increasing the penalty to the active time of other “Aegis-Prime” modules will compensate for the decrease in energy.

Comment: “Machinist” lacks effectiveness when compared to other heavy cabins.

Comment: the “Kami” showed too much effectiveness and popularity on vehicles with hovers at high PS.

Comment: The main change here is that when hit, the enemy now takes contact melee damage — the same as from a disk stuck in the surface. This means that now the disk doesn’t fly through penetrable parts, but at the same time its damage is reduced by parts with resistance to melee damage.
Damage to frames was additionally reduced in order to prevent the weapon from being too effective when hitting them.
The remaining changes are aimed at improving the overall effectiveness of the weapon.