New World: more than 1 million players on the day of its release, Amazon Games surprised by the success 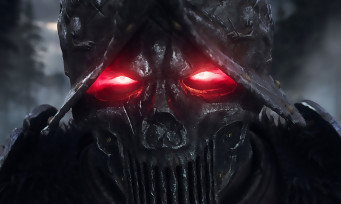 Rejected many times, giving a bad signal to players, New World was finally released on September 28, 2021. A launch with great fanfare, evidenced by the fairly large number of streamers who played the game in front of their community, no doubt financially supported by Amazon Games who wanted the release of their game to make noise. Despite this, the American publisher did not suspect such a result and such a dazzling success. More than 1 million players connected to the servers on the day of the release and this figure does not take into account all those who remained stuck in the queues, without being able to access the title.

In the press release, Amazon Games does not hide its surprise and promises to do everything to resolve these waiting stories so that everyone can enjoy the New World universe. This translates into a number of servers that will be increased in the coming hours, knowing that the publisher has already doubled the workforce as soon as it gets stuck, especially since the 2,000 players for each server was clearly not enough. Likewise, the developers are busy fixing connection issues which have mostly caused longer wait times in the past 18 hours. In any case, these are positive problems for Amazon Games, which will now have to do some undermining to keep this effervescence as long as possible. Finally, let’s enjoy the launch trailer once again.