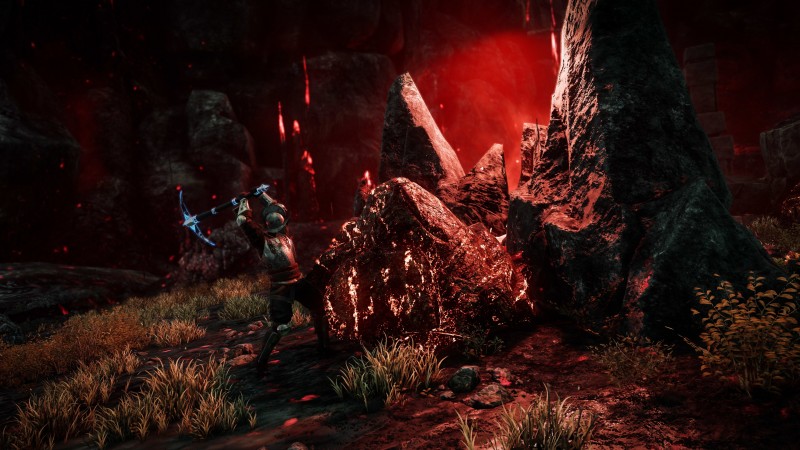 Sure, some of those players are probably sitting in a queue, but the Steam Charts for Amazon Games’ New World show that the game’s peak concurrency is somewhere around 913,000 players. What does that mean, exactly? That means 900,000 people are playing New World – at the same time.

That’s a whole lot of boar hunting, lumber chopping, and blueberry bush picking. Can it go higher? There’s no doubt that tons of people are hopping into the crafting, gathering, player-vs-player soiree. You can read a whole lot more about what I think of the game right here, but it’s also fairly interesting to see New World rocket past many of the staunch Steam standbys like Counter-Strike and Dota 2.

Now, will it be able to sustain these huge concurrent numbers? Not many do, but right now the fervor is hot for a new immersive MMORPG experience, and that seems to be reflected in these numbers. I went to war a few times to protect some purple cities in the last few days and they were pretty intense, but will the fire fade? Inevitably, there’s always a drop after the surge, but new content, fixes for the many little bugs that are there, and more can keep the New World train rolling. After 100 hours, I’m still not at level cap and haven’t seen the whole map yet, so there’s lots to do for now. I still stop to harvest every iron vein I see. What do you think? Have you played New World? Are you interested in it?