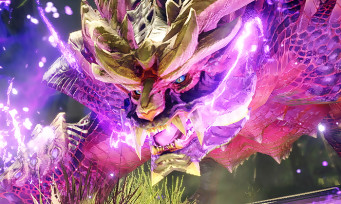 As we have known for years now, the release of an episode of Monster Hunter is always an event, especially in Japan. Some companies have even given all their employees a day off so that they can play the new episode on Nintendo Switch: Monster Hunter Rise. The title does not disappoint and Capcom has split a press release to give us the first sales figures, which are unsurprisingly very very good. For its first days of operation, the latest addition to the franchise has sold 4 million copies, whether physical copies or dematerialized. If this is not enough to exceed the record of Monster Hunter World with its 5 million copies sold on PS4 and Xbox One, we must underline the prowess of Monster Hunter Rise which is for the moment exclusive to the hybrid console of Nintendo. . Capcom takes the opportunity to let us know that the Monster Hunter license has more than 70 million games sold worldwide.

Of course, Monster Hunter Rise intends to retain its audience as long as possible, and from April, new monsters will enrich the bestiary, the objective for Capcom being to do as well as the 17 million Monster Hunter World elapsed. throughout his career. It is recalled that a PC version of Monster Hunter Rise is planned for the beginning of the year 2022.