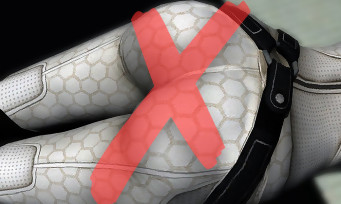 Presented with great fanfare last week, with previews from the specialized press in support, Mass Effect Legendary Edition will offer a revised and corrected version of the first three episodes of the saga. If we focused on the visual changes and the technical novelties that will be made (4K display, higher framerate, new effects), Mac Walters, who is acting as director of the project, spoke to Metro newspaper as for certain modifications in the game, and mainly scenes that the developers consider today inappropriate and especially sexist. Indeed, all the gameplay sequences that offered a tight angle of view on the buttocks of Miranda’s character have been removed, or at least reworked, to be in line with 2021 and the changes in behavior. Without distorting the femme fatale side of Miranda, the developers believe that filming her buttocks in a close-up no longer has any justification today except to sexualize her. A choice that did not take long to make players react on social networks who speak of censorship and / or well-thought. For them, these sexist shots help the character to develop his “femme fatale” aspect and that removing these sequences disguises the game and its original purpose. There is always that Mass Effect Legendary Edition is due out on May 14 on PC, PS4, Xbox One, PS5 and Xbox Series X | S.

Please do not hesitate to give us your point of view on the matter. Good choice from BioWare or inappropriate censorship?