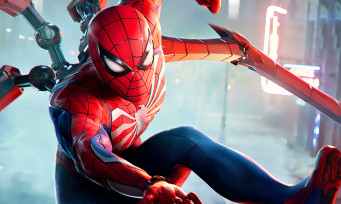 Revealed during the PlayStation Showcase on September 9, 2021, Marvel’s Spider-Man 2 is one of the games in development at the prolific studio Insomniac Games. If the title is not due until 2023, one of the game’s managers has given a little bit of a cookie to keep Spider-Man fans happy. It was indeed during a poscast, entitled “This Week in Marvel”, that Bill Roseman, Vice President and Creative Director at Marvel Games, revealed that it was indeed a following the adventures of Peter Parker and Miles Morales. If each of the two games focused on each Spider-Man, this time around the two superheroes will work in tandem. Already because Venom will land in force, but also other super-villains. If the mystery remains as to their identity, Bille Roseman still clarified that this Marvel’s Spider-Man 2 will be much darker and more violent than the first episode. To make a comparison, he even mentioned a parallel with Star Wars: The Empire Strikes Back. Basically, this Spider-Man sequel can be compared to Episode 5 when it comes to tone. So of course, The Empire Strikes Back was not totally dark, but the film was more mature than the first. Obviously, Marvel requires, there is little chance that we are eyeing 18+. But the fact that the story will be more adult is not a bad thing. See you in 2023 on PS5 to be sure.