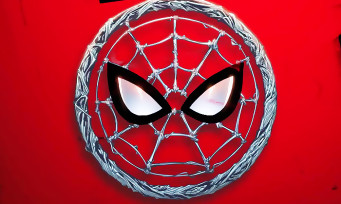 Between his topicality in the upcoming movie No Way Home which takes up all the media space of pop culture and his imminent arrival in the game Marvel’s Avengers, Spider-Man is arguably the biggest talking point in recent days. Besides, just to keep the pressure right, Square Enix has just released a new trailer around the character, with a different approach, like a comic-book. The idea is indeed to tell about the integration of the Spider-Man in the Avengers team, he who will have to get to know Iron Man, Miss Marvel, Hulk, Kate Bishop, Black Widow or even Thor. As was the case with the introduction of Black Panther, these are pages of illustrations that are brought to life by the good care of Ken Lashley. The release of the “Spider-Man” DLC is expected on November 30 on all the platforms on which it was announced.