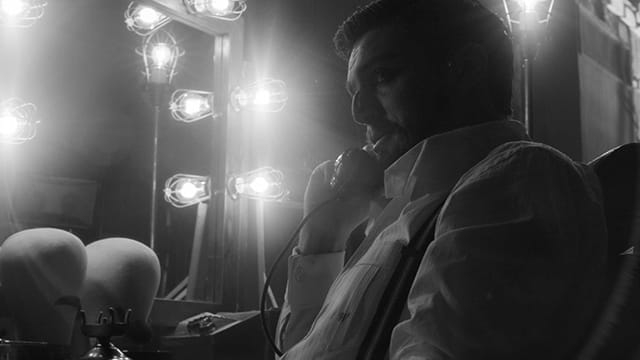 Orson Welles is commonly credited as the mastermind behind the success and longevity of Citizen Kane. But without his co-writer, Herman J. Mankiewicz, the film very likely would never have been made. That story is revealed in Mank, directed by David Fincher (Fight Club) from his father Jack’s insightful script.

Welles hires Mankiewicz (Gary Oldman) to co-write the script for what would become Citizen Kane – arguably the greatest film of all time. What ensues is a 60-day seclusion while he recuperates from an automobile accident and produces the draft for his screenplay. As “Mank” proceeds, he reminisces about the goings-on in Hollywood, politics, and the United States from the previous decade – all of which greatly influence what he writes.

The script follows a specific pattern, meandering its way through Mank’s life and the experiences that influence his writing. He is portrayed as a man of conviction, incapable of keeping his thoughts to himself, regardless of how it affects him. On top of this, he is an alcoholic. This is accurate to the real man’s life. Inaccurate, or at least unknown, is how things genuinely occurred regarding film credit. The film handles it well enough, without dwelling too much on it.

Fincher takes his father’s script and turns it into a film worth seeing, but it really should be viewed by fans of Citizen Kane, or at least audiences that have seen the movie. Many nuances might otherwise be lost, and a lot of technique used might be seen as out of place. Virtually every frame, every set, and every shadow is a tribute to the 1941 Oscar winner. Even his management of the exceptional cast calls back.

And exceptional they are. The background characters are just that, except in the scenes when they matter. Charles Dance as William Randolph Hearst only has two important appearances, but his performances in these moments own the screen. Arliss Howard’s Louis B. Mayer also takes possession of nearly every scene he is in, much like the actual man himself. The exceptional performance of Oldman dominates the rest of the film. Once again, he does not play the character but instead becomes it.

While not quite to the level of Citizen Kane, the cinematography of Mank is technically brilliant, employing light, shadow, and angle in what is more of a tribute than a copy. This initially works, but in trying too hard to honor Mank’s masterpiece, it becomes tedious. The same is true of the music composed by Trent Reznor and Atticus Ross. A couple of the compositions seem more suited to a film that takes place in the 1960s instead of the 1930s.

Mank is a technically brilliant but slightly flawed film that tells as much about Hollywood then and now as it does Mankiewicz himself. Like Citizen Kane, it begs the question of how do you describe a man’s life in just two hours. The answer is to take a representative slice of it and demonstrate that, despite assumptions, not everything is black and white.