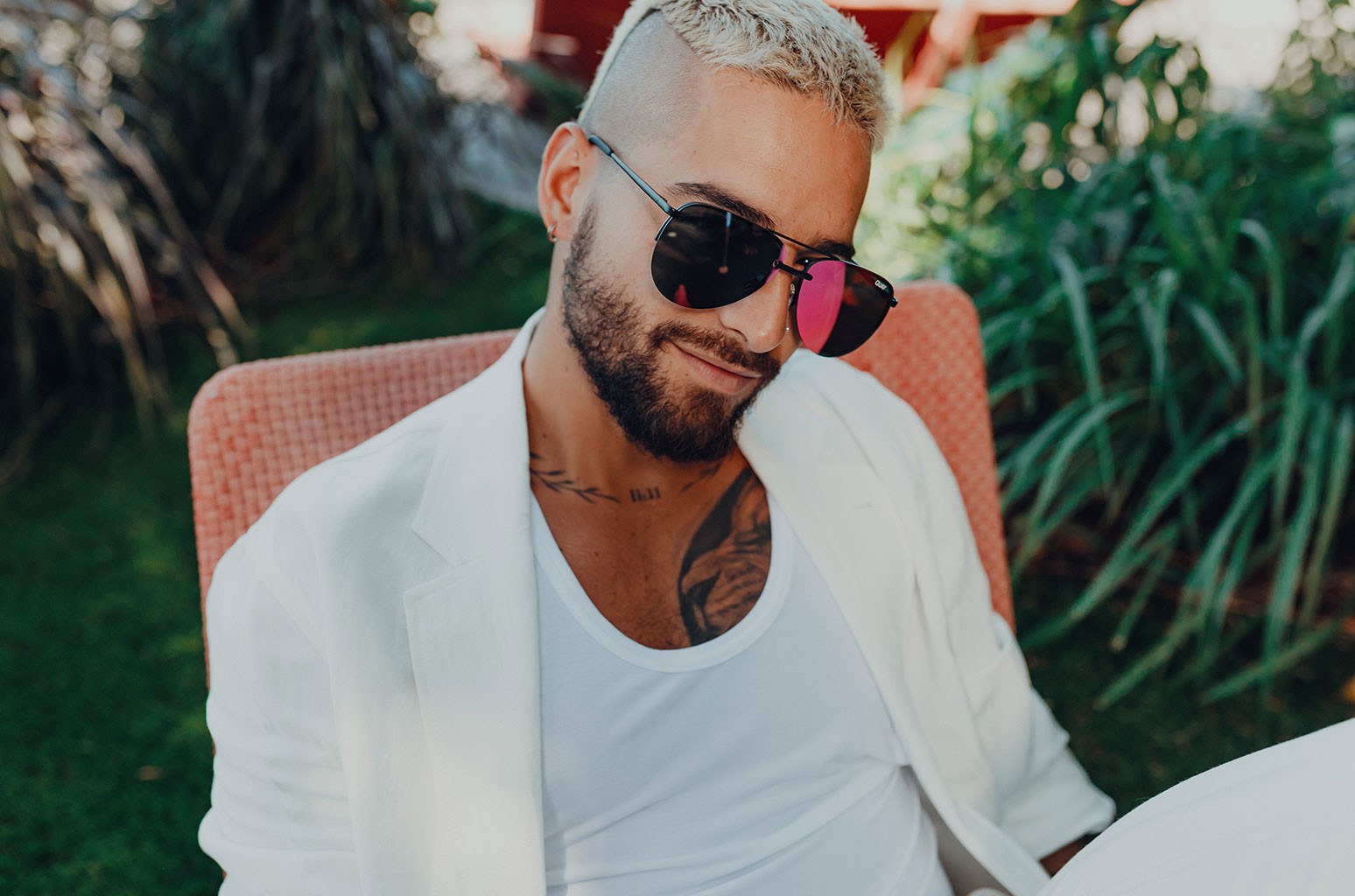 Adding to his infectious music, Maluma has grown into a fashion icon throughout his career. Fans can often find the Latin superstar rocking a pair of shades with his enviously colorful, bold looks.

So it was only fitting for the star to team up with Quay on Wednesday (June 16) for a full collection of sunglasses and optical lenses, designed to bring the good vibes and energy this summer. The Maluma So Much Sol campaign features a variety of styles and colors for everyone.

“I always liked Quay,” the singer, born Juan Luis Londoño Arias, tells Billboard of the new collaboration. “I saw a couple of years ago when Jennifer Lopez was part of a big campaign with Quay and when I saw it, I wanted to be there. I always wear Quay. So one day, some guy from the office called me and said he wanted to work with me, so I was like, ‘What?’ That was a big, big dream for me and now it’s happening so I’m excited to release this big campaign. There’s going to be, hopefully, around the world, fans who are excited too. They know that I love shades, I love sunglasses.”

The summery theme of the campaign, of course, was inspired partly by his 2020 album, Papi Juancho, which peaked at No. 34 on the Billboard 200 albums chart on November 20, 2020. “[The album] had those tropical colors, that Miami Vice vibe, so I wanted to match it with the campaign,” Maluma explains. “That’s how I was feeling at the time when we started working on it. It matched perfectly. We did the photoshoot in Miami and it looked very vintage and modern at the same time.”

While it’s “hard to choose” a favorite pair, the global superstar gushes over the multi-colored Yada Yada pair. “They look like a rainbow and they’re big and are a statement,” he says. “Those are the kind of shades I love, because I’m not afraid to wear different kinds of things. When I saw those shades, I knew they were my favorite.”

Speaking of taking risks in fashion, what advice would Maluma give to those looking to find their own sense of style? “The most important advice is to be confident and believe in yourself,” he reveals. “People aren’t risky because they stay in their comfort zone. I would say to be confident and be free. This is a free world that we have to enjoy and those decisions come from the bottom of the heart.”

Maluma is also ready to rock his new Quay collaboration his Papi Juancho 2021 World Tour, which kicks off in the U.S. on Sept. 2 at the Golden 1 Center in Sacramento, California. “Finally, finally, finally, we’re going on tour,” the singer says, bursting at the seams with excitement. “I miss it so bad. The last time I was one stage was a year and a half ago, and it feels like an eternity.”

“We’re preparing new music, because the last year was one of the most important years of my career,” he continues. “I released Papi Juancho, ‘Hawái’ was the biggest song of my career, so now we’re preparing for the musicians and the band and the team. We’re going to make a show that’s another level. That’s the goal – we’re talking about fashion, dancers, lights, music. We’re very excited about it.”

While he is ready to perform ‘Hawái’ for the very first time live, Maluma is most looking forward to singing a particular ballad, “ADMV (Amor de mi Vida),” which translates to “Love of My Life” and is about growing old with a soulmate. “That song is really special,” he shares.