Knockout City: a prisoner ball game from the developers of Mario Kart Live 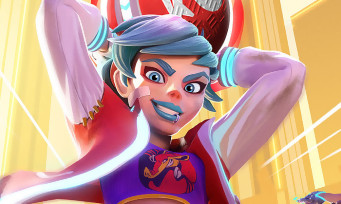 First announced during Nintendo Direct on February 17, 2021, Knockout City is actually the next game published by Electronic Arts, which has relied on dodgeball (or prisoner ball by us) to keep us entertained in the coming months. Scheduled for Nintendo Switch, but also PC, PS4 and Xbox One (the game will be backward compatible with PS5 and Xbox Series X | S), the title is developed by Velan Studios, which distinguished themselves in 2020 with Mario Kart Live: Home Circuit , the augmented reality Mario Kart released on Nintendo Switch. With Knockout City, the rules of dodgeball will all the same evolve, since the game will be much more brutal than the basic sports game, since the players will have specific assets to stand out from the others. Of course, there will be a whole system of cosmetic customization, but it will also be necessary to establish good strategies to emerge victorious from the matches in 3v3 or 4v4 expected in the game. When it is released on May 21, Knockout City will have 5 maps , 6 different types of balls and a training area to learn the gameplay.