Kena Bridge of Spirits (PS5) test: the press is unanimously won over, it’s a nice surprise 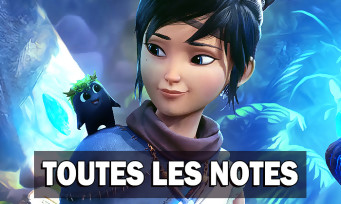 While some media (and not least) are still fighting to try to recover their version of Kena: Bridge of Spirits, others have already published their test of this action-adventure game released today. on PS5, PS4 and PC. It suffices to go to Metacritic to see that 19 specialized media are fairly unanimous in favor of the title of Ember Lab: it’s a nice surprise. With the average rating of 85% and no rating that does not fall below the 8/10 mark, Kena succeeded in seducing the testers thanks to its enchanting universe and its gameplay both rich and varied. Some speak of inspiration from Zelda, a not disgusting reference, while others have the feeling of playing a Disney / Pixar animated film. We learn that in the game, Kena is accompanied by a small creature, a sort of Pikmin, which will be of great help to her in solving a good number of riddles and other puzzles. Side game system, the testers speak of a game not so simple as that, with a welcome strategic aspect and possibilities of cons well damn. On the technical side, the game shines with its graphics and offers 2 modes on PS5: native 4K / 30fps or dynamic 4K / 60 fps. Good to know.