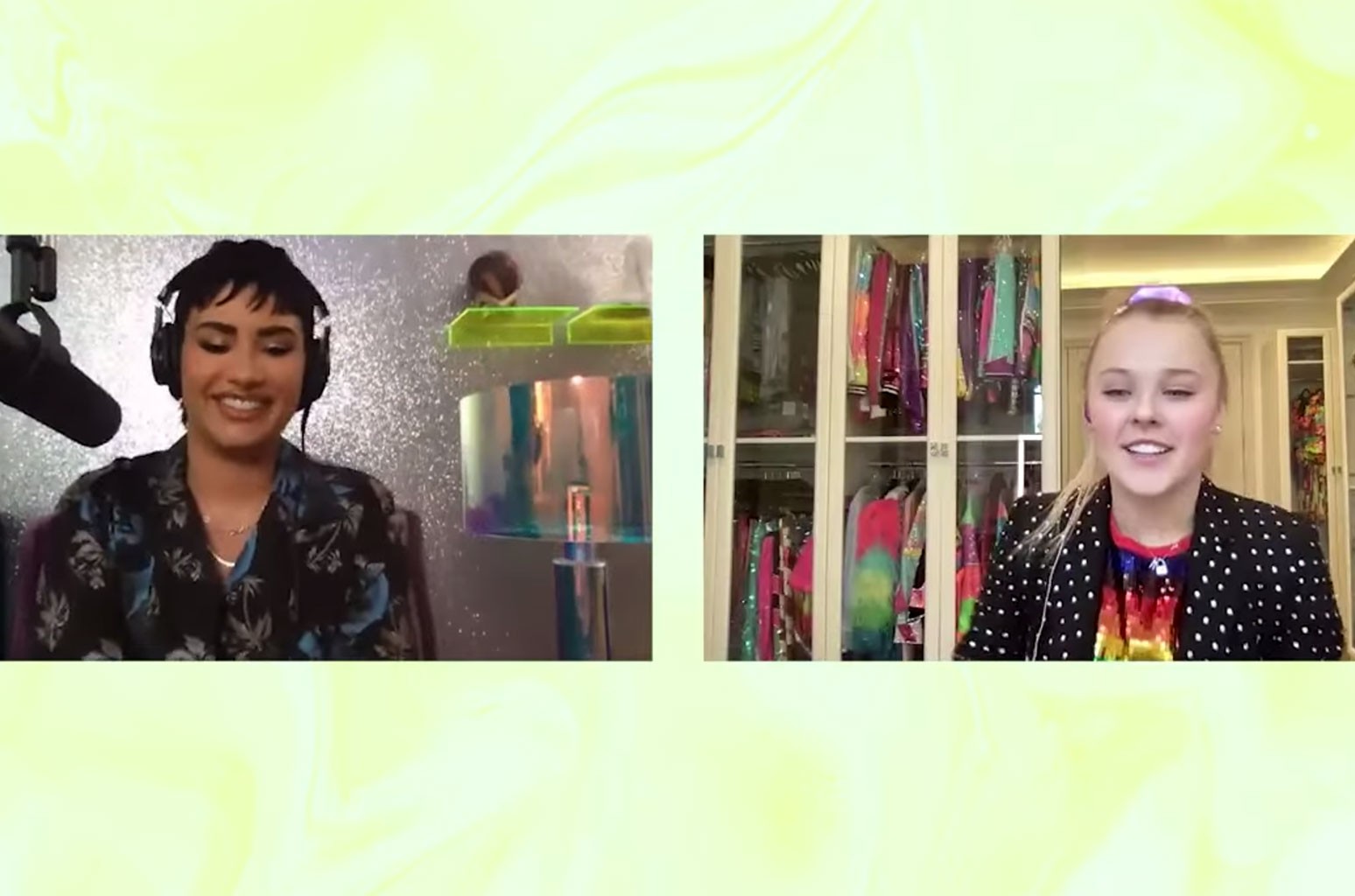 While JoJo Siwa says she’s “always known” that she’s gay, the star admitted to pop singer Demi Lovato that one of their songs certainly helped her accept that fact.

On the latest episode of Lovato’s podcast 4D With Demi Lovato, the singer chatted with Siwa about growing up in the public eye, her experience with fame, and her recent coming out. Siwa, in describing her own journey toward publicly identifying with the community, also shared a few moments in pop culture she said helped “awaken” her sexuality.

“I’ve been figuring out my gay awakenings recently. I think I realized that my very first gay awakening was Jenna Dewan’s performance on Lip Sync Battle,” Siwa said, referring to the dancer’s interpretation of “Pony” by Ginuwine on the show, before telling Lovato of another example that they actually had a hand in. “I think that was one of them. But do you remember your dancer, her name is JoJo Gomez, and you did ‘Cool for the Summer‘ together? I remember seeing that and just being a little too interested.”

Siwa went on, saying that when speaking with her girlfriend Kylie Prew the day before the interview, she revealed that Lovato was one of her first sexual awakenings as well. “She said she went to your concert … she had to have been 12 or 13, and she was there with her mom,” she said, laughing.

Lovato cheered, claiming that they were “so happy I could play a role” in Siwa’s awakening, before talking about how they approached writing and releasing the song back in 2015. “That song for me was actually my way of sharing with the world without confirming that I was bisexual … I didn’t come out until 2017. But ‘Cool for the Summer’ was, like, 2014 or 2015,” Lovato said. “I’m so happy you can see a little glimpse of that pride through that performance.”

Check out the rest of the episode, in which Lovato and Siwa talk coming out, their struggles with paparazzi and more, below: