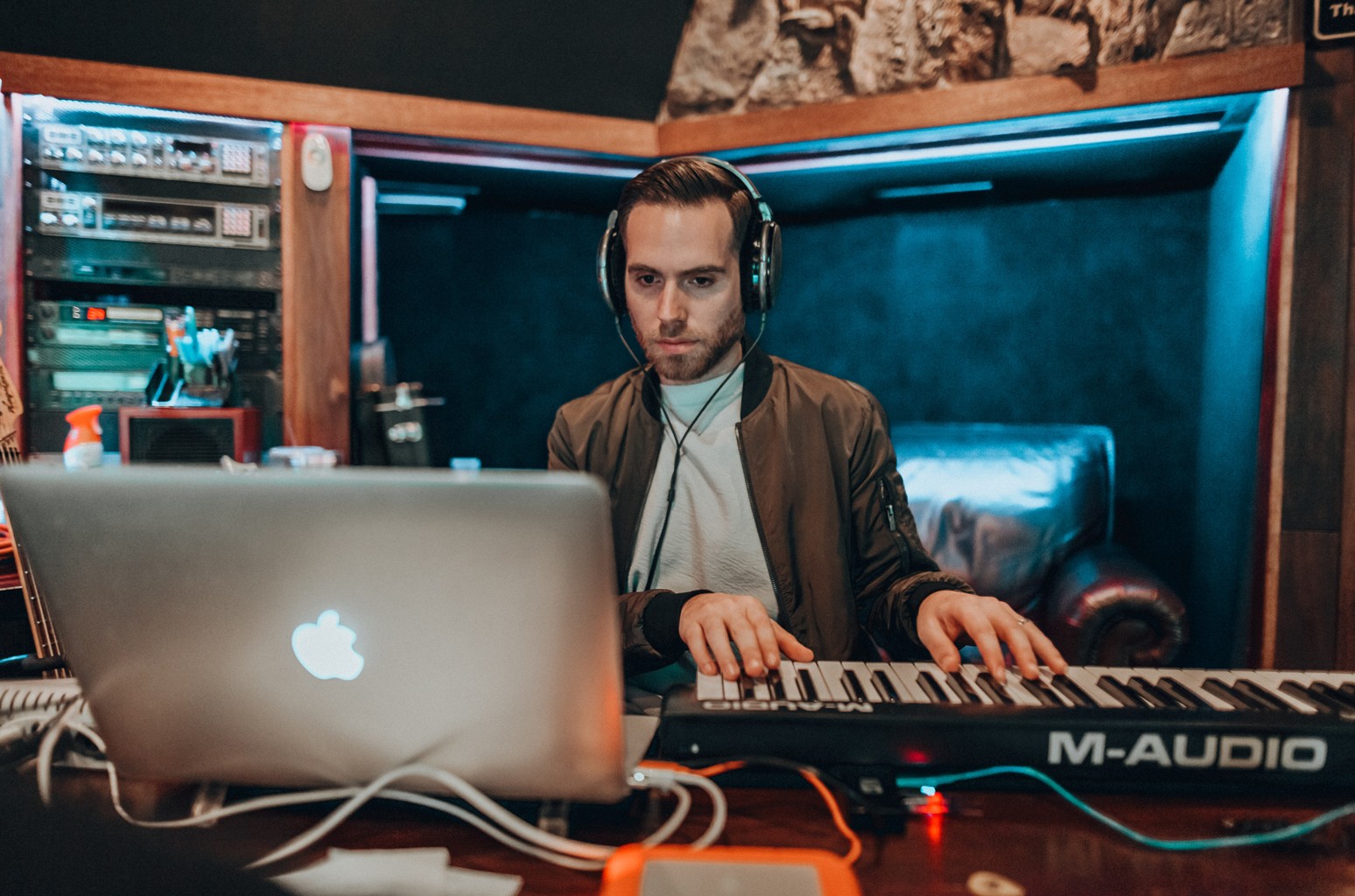 Frederico Vindver’s elementary music teacher only had one rule: Play whatever you can, be it a real instrument or some noise-making knick-knack lying around the house. When growing up in economic crisis-stricken Argentina, purchasing actual instruments was beyond imagination, and finding ways to adapt was a necessity.

If not for that rule, 7-year-old Vindver might never have sat down with his toy piano — which kickstarted his love for music, and led to a production career working with a star-packed list of artists, including Coldplay, Alicia Keys, Justin Timberlake and Justin Bieber.

But becoming a go-to producer wasn’t easy. An immigrant from Latin America, Vindver was already at a disadvantage when he arrived in America to study jazz piano under a full-ride scholarship at University of Miami. He didn’t speak any English and felt unwelcome amongst the predominantly white, affluent students at his school. “Just because you have an accent, people automatically assume that your IQ is lower,” he says.

The alienation he felt from his classmates during the day, however, was balanced somewhat by the acceptance he found playing nighttime gigs at Black churches and Latin clubs — gigs through which he learned to use technology to live-produce his one-man act (he had competed one year of computer science school back in Argentina when a hand injury prevented him from playing piano). “One day,” he says, “I realized I have more fun doing this than actually playing jazz.”

Right after graduation, he signed on as a keyboardist and producer for Lauryn Hill and continued building up his portfolio with projects for Jennifer Lopez, Ricky Martin, Pitbull, Wisin, Marc Anthony, Leona Lewis and Joss Stone. Now, when artists like Kanye West, Mariah Carey and Nick Jonas “want to get more interesting sonics in their songs,” they call him.  His rapidly-growing requests led him to launch his own publishing company last year, to which he signed two producers to assist him.

Even though Vindver has spent his life constantly at work — something he says comes naturally to immigrants — production is the one thing that doesn’t seem like a job. If anything, crafting mixes for chart-topping musicians feels more similar to the way he started out in the very beginning: “I still have that same mentality with music nowadays where I wanna feel like I’m a kid playing with toys.”

Vindver can’t say much about the hours he’s currently putting in with Justin Timberlake and Timbaland, just that the end product is going to be “incredible.” Working with the two pop pioneers has been a lifelong dream of his, with their 2006 album FutureSex/LoveSounds having long been one of his biggest inspirations. “ I use that as a blueprint,” he says. “I’ll say every producer in the world references that album.” Being in the studio with Timberlake and Timbaland is a career-defining moment for someone so focused on sound innovation as Vindver, who adds: “I’m with them and I’m thinking, ‘I can’t believe I’m in the room with these people.’ My career could really end tomorrow and I feel fulfilled.”

Ever since becoming a father to his two-year-old son, Vindver hasn’t been interested in joining sprawling studio sessions just to “drink and hang out with my buddies.” He only takes on purposeful, time-efficient work now — like Justin Bieber’s candid track “We’re in This Together.” The song came together almost instantaneously, with Vindver finding all the right sonic elements so fast that it felt like a “spiritual” experience. The producer hadn’t met Bieber when he first crafted parts of the song, though they later convened in person for a project the producer can’t yet talk about.

Vindver first met Chris Martin while in a Timbaland session, saying that after that, the Coldplay frontman “just kept calling.” Vindver eventually joined a team of writers and producers, including Max Martin, to collaborate on the band’s first release of 2021, “Higher Power” — and continued working with them on their upcoming album. Vindver says he can really flex his specialty for cultivating new, avant-garde sounds with a band like Coldplay, saying, “With somebody like them it’s really just ‘Hey, go do your thing.'”

Sometimes, Vindver steps outside and records anything interesting — birds, street clamor, conversations, running water — and programs the sounds into his computer. Other days he takes basic noises — the tapping of a pen, for instance — and manipulates it into something unrecognizable. Coldplay’s forthcoming album will feature a lot of these synthesized textures and loops, which Vindver compares to his son’s habit of always playing with toys the wrong way. “He’s never going to play with a toy how it was intended to be,” he says. “He will be playing with the box instead of the toy, or playing with it in a really weird way. In the studio you try to do the same thing, you try to be unorthodox.”

Vindver was invited onto the Nicky Jam and Rauw Alejandro remix of Alicia Keys’ “Underdog” by his good friend and fellow producer, Rafa Arcaute, while the pair was working with Argentine singer Nathy Peluso. Remixing songs is just as fun as creating them from scratch, he says: “If you’re a cook, it’s the difference between having to cook and create a dish from scratch, something that no one’s ever tried, versus saying, ‘Hey here’s a recipe that we already used from this dish and it’s amazing, and all you gotta do is follow the recipe…’ You get the chance to put your own spin on it.” For Vindver, the missing ingredient on “Underdog” was the simple addition of Jam and Alejandro. Once they added in their vocals, Vindver said it was the moment when “you knew it was really a Latin remix.”