How Much Longer Can Drake Stay Commercially Untouchable? 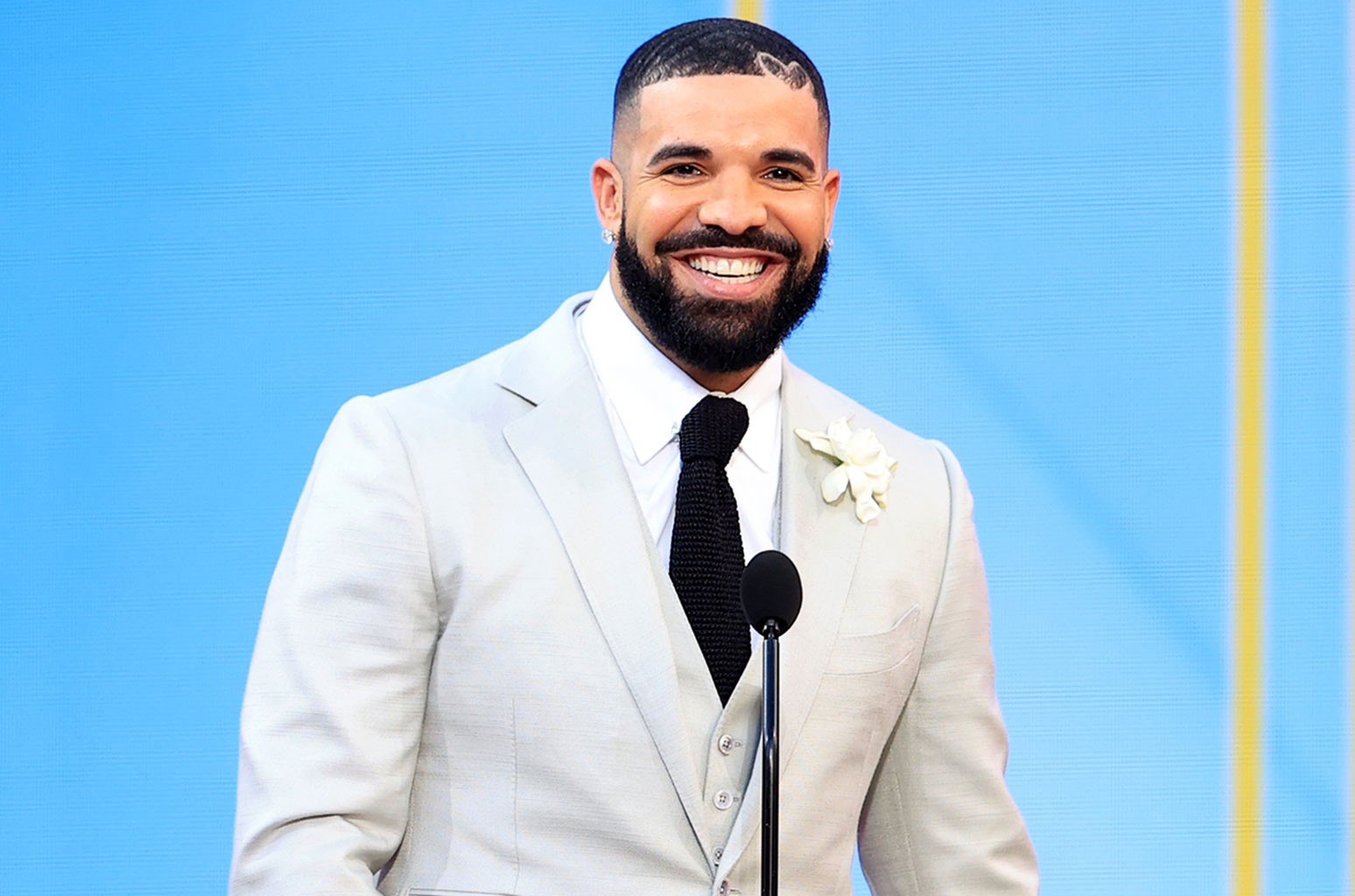 As the 2010s came to a close, no artist was as reliable for total chart domination as Drake. In 2018, his Scorpion laid waste to both the Billboard 200 albums chart — spending its first five weeks at No. 1, the longest run atop the chart that year — and the Billboard Hot 100 songs chart, spawning three No. 1 hits and seven total top 10 hits, and notching all 25 of its tracks on the chart in its debut week (among a weekly-record 27 total entries that week). With every new album last decade, Drake mounted a similar charge on Billboard‘s listings, and when not on an official LP cycle, he made his presence felt with one-off singles, features, and other in-between projects that made sure his name was never absent from the charts for long.

In fact, for over eight years, Drake wasn’t absent from the charts at all: From the week his breakthrough smash “Best I Ever Had” introduced him to the Hot 100 for the first time on the chart dated May 23, 2009, up until his “Passionfruit” and “Signs” dropped off the chart dated Aug. 26, 2017, there was not a single Hot 100 listing in which he didn’t appear on at least one entry — an unprecedented 431-week run. And over the course of that historic run, myriad records fell: In 2020 alone, he set Hot 100 marks for both most total entries and most top 10 hits on the chart, supplanting the Glee Cast and Madonna, respectively. Other stars had reached similar pop heights over the prior decade — Adele, Beyoncé, Justin Bieber, Taylor Swift, Rihanna — but it was unquestionable that no hitmaker was as productive, consistent or generally indefatigable as Drake.

But as we gear up for the Friday (Sept. 3) arrival of Certified Lover Boy, Drake’s long-delayed official LP follow-up to Scorpion — after 2019’s loosies compilation Care Package and 2020’s mixtape-designated Dark Lane Demo Tapes — it’s worth asking whether Drake’s status is still as bulletproof at this point in a new decade. His star power remains unquestionable, but both statistically and anecdotally, dents in the armor have started to show, and challengers new and old to the throne have continued to pop up around him. Let’s look at the factors both supporting and working against his continued supremacy:

While it might be easy to write off those Hot 100 records set in 2020 as lifetime achievement awards mostly based on his 2010s work, he entered the history books this year with three new songs — which happened to bow at Nos. 1, 2 and 3 on the chart in their first week. His Scary Hours 2 three-pack of “What’s Next,” “Wants and Needs” (featuring Lil Baby) and “Lemon Pepper Freestyle” (featuring Rick Ross) commanded the top three spots on the chart upon entry, respectively, making Drake the third artist (after The Beatles in 1964 and Ariana Grande in 2019) to occupy those spots simultaneously, and the first to do so with all debuts.

Meanwhile, two years into the 2020s, Drake remains a regular visitor to the top of the Hot 100. In addition to doing so with this year’s “What’s Next,” he debuted atop the chart in 2020 with the TikTok-oriented “Toosie Slide.” Those hits have also remained in good company within the top five — Drake’s also landed a trio of No. 2 bows this decade (with the aforementioned “Wants and Needs,” the Lil Durk-assisted “Laugh Now Cry Later,” and his own guest appearance on Future’s “Life Is Good”) and a pair of No. 3s (with “Lemon Pepper Freestyle” and a feature turn on DJ Khaled’s “Popstar”). He hasn’t bested the Billboard 200 yet this decade, as Demo Tapes debuted and peaked at No. 2, but as the man himself alluded to in his “What’s Next,” album bundles may have been the main thing keeping him out of that top spot.

…but his hits aren’t lasting like they used to.

While “Toosie Slide” and “What’s Next” both made splashy debuts on the Hot 100, neither really had longevity on its side — both songs spent just one week at No. 1, and neither spent more than 20 weeks total on the chart. (Ironically, his three No. 2 hits of the decade — “Laugh Now Cry Later,” “Life Is Good” and “Wants and Needs” — all had longer Hot 100 runs.) That’s certainly nothing to be ashamed of, but compared to the combined 29 weeks (also a single-year record) that Drake’s three No. 1s of 2018 spent atop the chart, it does paint a somewhat stark contrast: While the rapper can still clearly drive interest as much as he ever has, his ability to sustain it at the same level remains somewhat unproven this decade.

You might not have heard of Yung Bleu at the beginning of the year, but if he’s got some songs in your 2021 playlist now, pretty good chance Drake’s a big reason why: The rapper’s guest verse on “You’re Mines Still” helped the song become one of the year’s biggest breakout R&B hits — and with it, Yung Bleu one of the biggest breakout stars. Meanwhile, Lil Durk was already a pretty known figure by the time Drake invited him onto his own “Laugh Now Cry Later” — but he’d never had a hit anywhere near that big before, leading to Durk leveling up commercially and achieving his own chart ubiquity in the year since. Drake’s ability to collaborate with up-and-coming (or long under-appreciated) artists at just the right time, helping their own careers take off while re-juicing his in the process, has always been one of the biggest hallmarks of his superstardom, and that’s certainly continued this decade.

…but the music world may be changing around him.

Drake was unquestionably at the center of the musical universe in 2018, the sun that the entire industry seemed to revolve around. But that was a long time ago at this point, and much has happened since. Emo-rap and pop-punk have merged and hybridized into the most urgent-sounding hits of the moment. The Weeknd and Dua Lipa have sped up the sound of top 40. Lil Baby and Lil Durk have emerged (and branded) as the new voices of the people in hip-hop. TikTok changed absolutely everything about pop marketing and virality. Drake’s always been exceptional at keeping up — introducing “Toosie Slide” via TikTok was certainly a savvy move, and Durk and Baby were given mutually advantageous guest slots on Drake’s last two No. 2 hits — but more and more that’s what he’s been doing: keeping up, not pushing forward. Whether he can still be the man in a popular music era defined by The Kid LAROI and Olivia Rodrigo remains a matter of debate.

The reception this week to the exceedingly simple cover art for Certified Lover Boy, confirmed on Monday as a series of 12 different-shaded emojis of pregnant women, also seems mixed between those who find it clever, corny or in poor taste (or all three). But as he did several times in the 2010s — think the kiddie afro’d Drake of 2013’s Nothing Was the Same, or the scrawled handwritten message of 2015’s If You’re Reading This It’s Too Late — he’s made his cover an instant pop culture fixture, capturing social media chatter and even a quick parody version from fellow internet savant and superstar Lil Nas X.

Then just last night, Drake captivated Twitter once again with a variety of locally targeted ads for CLB, trumpeting which guests from that city were featured on the album — leading to any number of parody tweets. Memes have traditionally ended up leading to streams for Drake, so a week’s worth of social media laughs in the lead up to Lover Boy cover can only really be a good thing for him.

… but otherwise, he hasn’t appeared to be operating from a position of strength with the Certified Lover Boy rollout.

Lest we forget, Certified Lover Boy was initially teased well over a year ago, when the May 2020 announcement of Dark Lane Demo Tapes came with a promise of an official new album in that year’s third quarter. After that Q3 came and went, a trailer dropped in October advertising the album’s new release date in January of 2021. After Drake delayed that again — the postponement explained as being a function of the rapper needing surgery for a leg injury — he went silent on CLB for a while, before crashing SportsCenter last week to reveal the new Sep. 3 release date. It’s been an uncharacteristically patchy rollout for Drake, whose biggest albums have often arrived within just a week or two of their official announcement, and it’s led to whispers about the set needing additional reworking — or at least a traditionally Drake-sized hit to launch from.

Regardless of your feelings about Kanye West’s Donda and the seemingly endless cycle leading up to it, the album has commanded attention like few if any other sets have this year, and is already off to one of the year’s most overwhelming commercial starts — reconfirming Kanye’s place in center of the mainstream and the zeitgeist. And in the weeks leading up to Donda‘s release, it’s Drake who’s served as West’s primary foil and sparring partner, going back and forth about… well, who knows exactly what, really, but it’s a feud that’s already simmered over into social media posts and feature bars, and now appears to have at least played a part in the release of Certified Lover Boy being scheduled for the week after Donda. To be the man, you gotta beat the man, and that’s what Drake has at least positioned himself to do this week; it would hardly be the first time in his career he’s done so.

…but like Kanye, his new stuff has gotten a mixed response from fans and critics for a while now.

Though Drake’s numbers continued to skyrocket, the response from fans and critics to his last two official LPs, 2016’s Views and 2018’s Scorpion, was pretty tepid, while 2020’s “Toosie Slide” drew its fair share of outright pans and parent mixtape Dark Lane Demo Tapes also failed to charm listeners as his 2017 “playlist” More Life had. Not being championed by the tastemakers and Day Ones isn’t necessarily a prerequisite for superstardom, but it usually tends to catch up to artists before too long — and the early signs of that could be there with Drake, if you squinted for them.

Of course, it’s not like Drake’s demise has never been predicted before: Many thought he might never recover from the initial blows he took while feuding with Meek Mill in 2015, while some probably thought his time was coming to an end all the way back in 2010, after debut album Thank Me Later disappointed many fans of his So Far Gone mixtape. He’s defied the odds and the haters so far, and has arguably sustained a longer continuous run on top than any other rapper — perhaps with his current rival as the lone exception — in hip-hop history. But can he keep it up much longer from here, especially when his chart supremacy has seemed a little more sizzle than steak so far this decade? We should get a pretty large hint to the eventual answer with the performance of Certified Lover Boy.