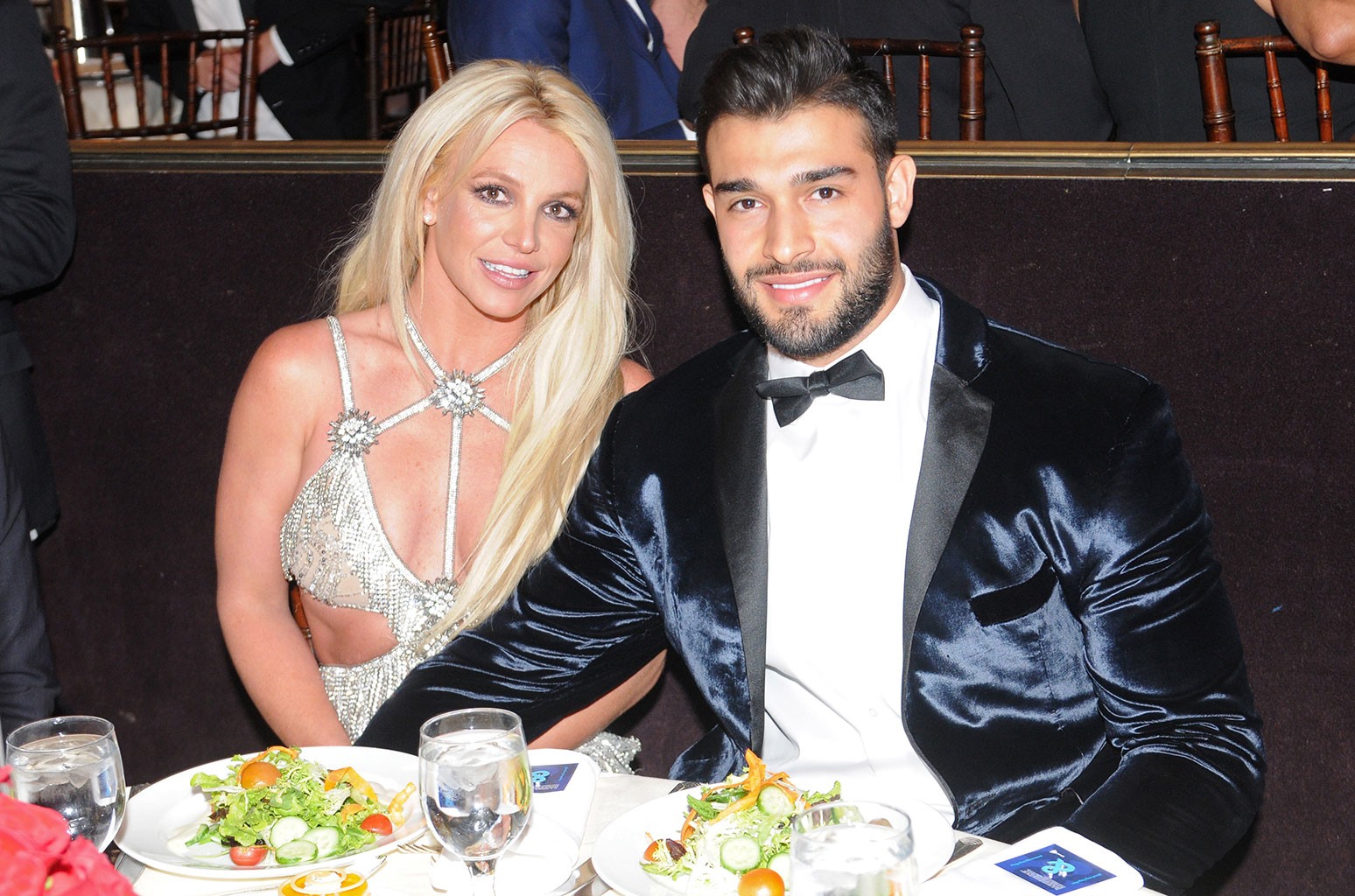 Britney Spears and Sam Asghari have made their five-year relationship official. On Sunday (Sept. 12), Spears and Ashgari announced their engagement on Instagram, and while fans were quick to celebrate, they also advised the singer to secure her assets with a prenuptial agreement.

Asghari not only didn’t seem to mind their financial advice for his fiancee, he had a little fun with it.

“Thank you everyone who is concerned about the prenup! Of course we’re getting iron clad prenup to protect my jeep and shoe collection in case she dumps me one day,” Asghari told his Instagram  followers on Monday (Sept. 13) in a post to his Stories. He added two laughing-crying emojis to the end of his message.

Once Spears shared a video to Instagram of her showing off a stunning diamond ring on her ring finger — “I can’t f—ing believe it!!!!!!” she captioned the post — her comments section was quickly flooded with congratulatory messages from fans that wished her and Asghari the best and suggested that she get a prenuptial agreement.

“Wishing you the best! Please get a prenup,” one fan wrote in the comments, which racked up over 18,000 Likes.

“CONGRATS!!!!!!! GET A PRE NUP! WE LOVE YOU!!!!!” another user wrote, which 24,000 other users agreed with. Even actress Octavia Spencer chimed in, writing, “make him sign a prenup” underneath the post.

Spears  — who has 13 top 10 hits on the Billboard Hot 100 — was previously married to Kevin Federline, with whom she shares sons Sean Preston and Jaydon James. Her first marriage — to Jason Alexander — was annulled in just 55 hours.

Billboard confirmed Spears and Ashgari’s engagement on Sunday. “The couple made their long-standing relationship official today and are deeply touched by the support, dedication and love expressed to them,” Asghari’s manager Brandon Cohen said in a statement. Cohen also added that Spears’ engagement ring was designed by New York City jeweler Roman Malayev.