Halo Infinite: we will have game news this week! 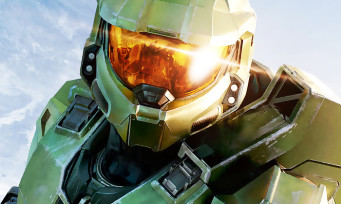 Since the demo that caused controversy in August 2020, Halo Infinite is a game that is discreet. If we know that its release date has been postponed by a year and that the studio 343 Industries promises us clear improvements so as not to disappoint fans of the license, the title has not given any real news since. a little moment. But it seems that things are moving on the side of the developers and it is through a Reddit post that we learn that we should have concrete information on the game this week. It is an employee of 343 Industries who left to some confidences, explaining that if the game did not make much talk about him, it is also because we are coming out of the end-of-year holidays, period not much. suitable for making big announcements, especially after the turkey and the log.

Now that the team has rested well, it’s time to speak again, with the promise of being transparent with the players and the community. Suddenly, each month, the American studio undertakes to give news of the game through a weekly newspaper, responding to the name of “Inside Infinite”, and the first episode will be put online in the coming days. 343 Industries nevertheless measures its remarks by explaining that the idea is to keep a log of the evolution of the development, and not to make thunderous announcements. It is well noted in any case on our side.