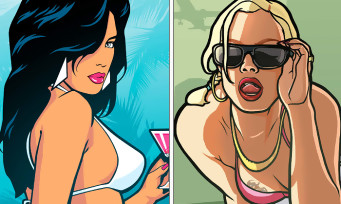 Released on November 11, the GTA The Trilogy The Definitive Edition compilation caused a lot of ink to flow this weekend. It must be said that the players’ grumbling was heard all weekend on social networks following the technical problems encountered for certain versions, and the fact that Rockstar Games made the game impossible on PC, by deleting the file from his launcher. But things are back to normal last night, as the publisher / developer has let it be known that the PC version is available again and fully playable. We imagine that the studio has removed all the content that could pose a problem, starting with certain music which was withdrawn (following legal problems), but also the famous “Hot Coffee” mode which was still available, while he had already been talked about in the days of San Andreas on PS2. Rockstar Games took the opportunity to send a message of apology:

We sincerely apologize for this inconvenience, and we are working to improve and update performance in the future.

Grand Theft Auto: The Trilogy – The Definitive Edition is again available through the Rockstar Games Launcher for play and purchase. We sincerely apologize for the inconvenience, and are working to improve and update overall performance as we move forward: https://t.co/hAfEKqYS3o

All weekend long, players did not hesitate to make their voices heard by carrying out the famous review bombing on Metacritic, dropping the user rating to 0.9 / 10. This is the first time that Rockstar Games has faced this kind of situation, which has always been praised for the flawless quality of their productions. Rockstar Games has also set up a reimbursement system for all unhappy people and one wonders if this affair will not harm the relations between Rockstar Games and the Grove Street studo which is responsible for this remastered version. The future will tell…