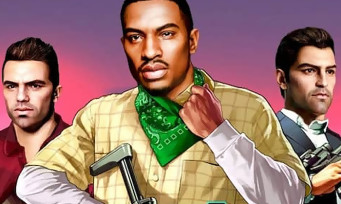 GTA The Trilogy The Definitive Edition has been released for a week now and for several days, Rockstar Games has been wiping out the plaster of a complicated launch. Unequal versions depending on the platform, bugs of all kinds, deletion of the game on the Rockstar Launcher, the star-studded R studio has never experienced such disappointment. If one of the big responsibilities of this messed up launch is due in part to the Grove Street Games studio, Rockstar obviously has its share of responsibility. The latter knows it and has decided to apologize again in an official message posted on his website., explaining that this trilogy was not released in a condition that met their own quality standards or the standards fans might expect. We learn that the game will be the subject of fixes, knowing that the first patch will arrive in the coming days and that new details will be explained at the time of deployment.

Rockstar Games is also asking fans to be respectful of developers who are experiencing a wave of online harassment on their various social networks. Next, the publisher and developer will deliver the classic versions of GTA III, GTA Vice City and GTA San Andreas to PC, knowing that anyone who has or will buy GTA The Trilogy The Definitive Edition on the Rockstar Games online store before June 30, 2022 will be able to recover these original versions without spending any kopeck. Hopefully, this is the only Rockstar Games misstep that has never accustomed us to such disappointing quality control.