God of War Ragnarök: it will be the last episode of Norse mythology, explanations by Cory Barlog 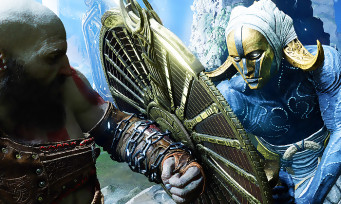 While many people imagine they are going back on a trilogy for Norse mythology that began in 2018, the developers at Santa Monica Studios have been clear on the next adventures of Kratos and his son Atreus: it will be outright the last. episode dealing with the Nordic era. The reason is simple: the time and the investment. With more than 5 years of development for the reboot and an enormous risk-taking, both financially and on the human side (Cory Barlog has sacrificed a lot of his life on this project), the developers do not see themselves starting again on a also heavy gestation time. If we do not yet know the release date of God of War Ragnarök, there’s a good chance the title will land somewhere in 2022, which will make four years of development in total. The investment is almost as important as the episode of 2018, even if the pressure on the concept is no longer the same, Ragnarök taking the same structure as the first. It was during a show with Kaptain Kuba that Cory Barlog indulged in some very interesting secrets. :

There are several reasons for this choice. The most important reason is that the first episode took us five years to develop. As for the second, I don’t know exactly how long we’ll take in the end, but chances are it will take us that long. And if we imagine making a third person, we will end up in about 15 years telling one and the same story. I sincerely believe that it is pulling the rope, that it takes too long to conclude this story.

And with everything the team had in mind and Eric’s different proposals, I think we could finish the script with this second episode. Because the thing we wanted to do from the start, the heart of our motivation, is the relationship between Kratos and his son Atreus. We could obviously continue to pull the length, but is it really necessary? By doing this, we lose sight of the primary interest of this relationship.

It will therefore be more of a diptych for this Nordic mythology, which should therefore allow us to see the clash between Kratos and Thor, but probably Odin as well. We remind you that the Santa Monica team hesitated between Norse or Egyptian mythology before embarking on the reboot of GOD OF WAR, and it is not impossible that the rest of the adventures of Kratos will subsequently take place in Egypt. 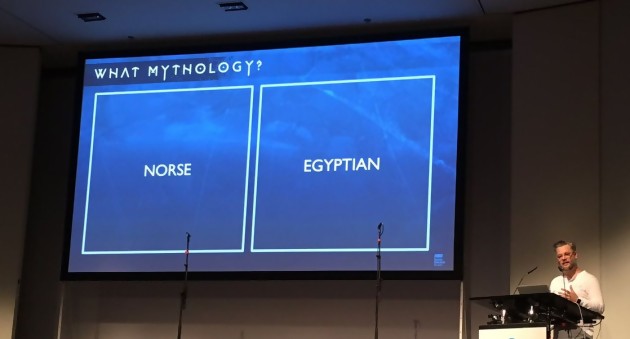