Forza Horizon 5: Mexico as the next destination? 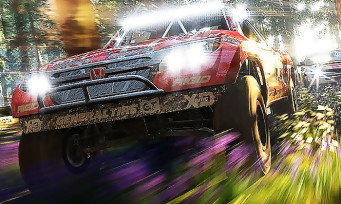 While rumors suggested that Forza Horizon 5 could take place in Japan, it was ultimately Mexico that was chosen by Playground Games. In any case, this is what affirmed Jeff Grubb (VentureBeat) and Jez Corden (Windows Central), the former having been even more explicit at the microphone of Iron Lords Podcast. “So far, rumors have suggested Japan, haven’t they?, he says. A while ago now, I received fake images from the game that I did not relay. They were showing races taking place in Japan, but I was like, ‘This is not true’. And indeed, it turned out to be a fake.“

Before adding: “I did not even try to guess the country, because I thought we would eventually find out. And then there is Jez who said: ‘I’m going to Mexico by car’. And right away some of my sources said, ‘Oh! I wonder why Jez says that ‘. It is from there that I understood. So yes, it will be good in Mexico.“

Even if we prefer to wait for a formalization in due form of Playground Games, the two journalists do not usually tell nonsense. Moreover, it is the same Jeff Grubb who already said that Forza Horizon 5 would be released in 2021 instead of the next Forza Motorsport, Turn 10 having wanted to take his time with his car simulation. Maybe E3 2021 will clarify all of this.