Forspoken: a 2nd trailer for the next Square Enix game scheduled for PS5, new gameplay 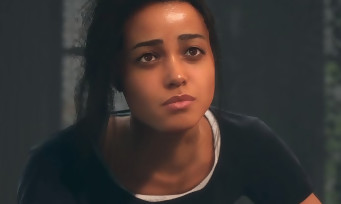 Ad during the first Square Enix Presents, Forspoken offers itself a second trailer which, when scrutinized carefully, allows you to discover new gameplay sequences. We take the opportunity to remind you that the game will require you to embody Frey Holland, a young woman whose powers will be invaluable to progress in the world of Athia described as hostile. She will be played by actress Ella Balinska who, according to Luminous Productions, “understood the themes and concept of the game and imbibed them to bring Frey’s character to life.“

Considering that the release of Forspoken is not scheduled until 2022, the information on this Action-RPG is quite thin. Either way, the studio has plenty of time to turn things up until then, with PC and PS5 being the only platforms targeted at the moment.