Far Cry 6: the 1st DLC with Vaas is available, the villain of Far Cry 3 reveals his tortured mind 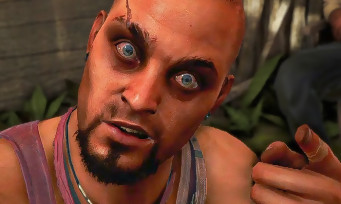 It’s been a little over a month since Far Cry 6 was released, enough to give people time to discover Yara Island and its many activities. For people who have returned the game, know that Ubisoft has just enriched the content with a first completely free DLC. It is neither more nor less than “Vaas: Madness”, an extension which will make it possible to embody the iconic villain of Far Cry 3, the major episode which allowed Ubisoft to find the magic formula of the saga. Obviously, who says Vaas Montenegro says Michael Mondo, the actor who breathed life into him and that we were able to discover long after in the Better Call Saul series or in the future Scorpion in Spider-Man Homecoming. The idea with this DLC is to better understand the character, to know how he went into madness and subsequently became this psychopathic killer. Other villains of the caliber of Vaas will also come to enrich the content of Far Cry 6, since Pagan Min and Joseph Seed, respectively antagonists of Far Cry 4 and Far Cry 5, have also been confirmed.