Far Cry 6: Far Cry 3 Vaas Gets A Head In The Trailer 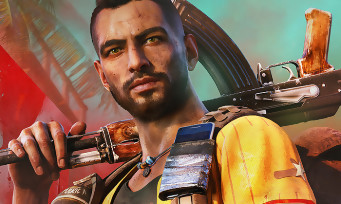 Ubisoft has thought of aficionados of the Far Cry series by adding a rather nice little easter egg to the latest Far Cry 6 trailer. Indeed, Vaas, the iconic villain of the third opus, passes a head in the last gameplay video. And when we say “pass a head”, we are not far from the truth. Everything happens when Dani Rojas (the character that the player will play in the game) is driving a vehicle. Looking more closely at the interior of the car, we see that the dashboard is surmounted by a small statuette “Bobblehead” with the effigy of Vaas Montenegro.

This little cameo also reminds us of one of the theories around the game, which would like Vaas to be present in Far Cry 6. Indeed, one of the characters in the game, Diego Castillo, son of Anton Castillo (the big bad played by Giancarlo Esposito – aka Gus Fring in Breaking Bad), has the exact same scar as Vaas on his right eyebrow. From there to think that Far Cry 6 can be a prequel of the third opus, there is only one step. Moreover, Michael Mando (the actor who plays Vaas) had retweeted this theory with a small emoji. In short, answer on October 7, 2021, since it is on this date that the game will land on PC, PS4, PS5, Xbox One, Xbox Series X | S, Google Stadia and Amazon Luna.