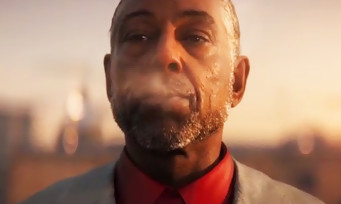 A week ago, we learned that Resident Evil Village was targeted by dishonest individuals, the latter making fans believe that Capcom intended to offer them early access. However, the Japanese publisher immediately warned users that it was a phishing attempt, and that they should therefore never respond to the email they had received. Obviously, the hackers do not intend to stop there, since it is now Ubisoft’s turn to alert the Far Cry community, as reported DSOGaming.

“Some media and content creators have received fake emails associated with our domain name inviting them to take part in Far Cry 6 Early Access, can we read in a press release from Yves Guillemot’s company. We kindly ask you to ignore these notifications. Our security teams are investigating the situation.“

For the record, Far Cry 6 was originally scheduled for release on February 18, before Ubisoft finally decided to push it back due to COVID-19. Although the new release date has not been officially announced, there are rumors that the festivities are now scheduled for May 25. The game is expected on PC, PS5, PS4, Xbox Series X / S, Xbox One and Stadia.