Erica: the interactive thriller of the PS4 announced for the PC, first trailer 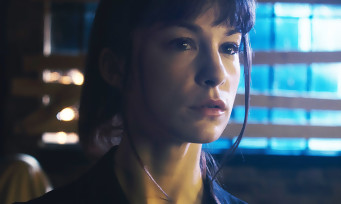 Obviously, Erica was eager to get rid of the PS4 where it has been available for just under two years. Indeed, after being released on iOS last January, Flavourworks’ interactive thriller is now about to land on PC. This is indeed what Steam reports when we learn that the game will be deployed on May 25 at a price of € 9.99. As often, to attract customers, a 10% reduction will be offered at launch.

For those who have already forgotten, it is recalled that, like Hidden Agenda, Erica was one of the first representatives of PlayLink, a range of games intended for the general public less afraid of using a smartphone than that of ‘a joystick. In Erica, we play a young woman eager to unravel the mystery surrounding the death of her father. Depending on the choices made during the adventure, the outcome will be different – there are six in total.