DOOM Eternal: a gameplay trailer and a release date on Switch 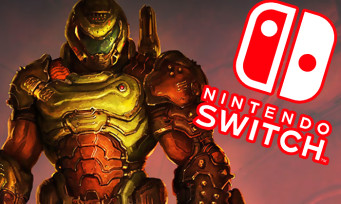 Good news for Slayer fans who want to keep fending off demonic scum when they’re traveling: Bethesda officially announces the release of DOOM Eternal on Nintendo Switch via a trailer. Initially released on PC, PS4 and Xbox one on March 20, id Sofwtare’s FPS will therefore land on Nintendo’s hybrid console on December 8. Players will therefore be able to cut the demon on a metal soundtrack during the holiday season, and it is difficult to see what gift would please more than the fast-FPS reference. Of course, we are entitled to a very pissed off trailer to celebrate, and if you ever want to know more about the game, our test is at this address.

GTA 6: a revolutionary AI and NPC system? A patent announces the color!
Yesterday at 12:38

LEGO Mario: a new set on sale, there are 4 new villains in it, details
Yesterday at 12:31