Disco Elysium The Final Cut: a final enticing trailer for the release on PS4 and PS5 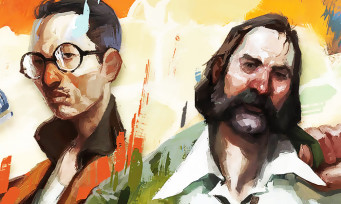 Released two years ago on PC and only in English, we can not say that Disco Elysium was a title necessarily accessible, especially in front of the mass of convoluted texts that it offered. Whatever, this RPG with big narrative components was a huge slap in the face for all those who tried it, to such an extent that at JEUXACTU, we even wondered if it was not the GOTY 2019. A 19/20, it does not happen very often in our columns, all the same!

The curious will therefore be delighted to learn that the Final Cut version is now available, finally, on home consoles: for the moment, only the PS4 and PS5 versions are marketed but the Switch and Xbox versions will arrive later this summer, history of satisfy everyone. And the program of novelties, we will especially note a French translation (as well as in other languages), a full dubbing in English and other treats which should optimize this experience largely rewarded during its original release. Besides, A TV series will see the light of day: that is to say. Go for it!