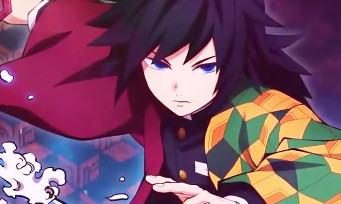 If the CyberConnect2 Demon Slayer video game has indeed been formalized for Europe via Bandai Namco Entertainment, it is on the side of Japan that you have to go snooping around for news of the video game adaptation. The Fukuoka studio is also continuing the presentation of the different characters who will join the launch roster, this time with a focus on Giyu Tomioka. Considered to be one of the most powerful fighters in the series, he’s also the one who remains the most unmoved of them all, even when he’s brought on to lose his arm to Muzan Kibutsuji. Member of the Pillars of Water, itaught her to do the Full Concentration Blast at all times, which allows her to increase her strength, speed and endurance. He knows all the techniques of the Breath of Water and has developed a form additional to him. We leave you as a spectator of this gameplay trailer. Demon Slayer is expected to be released this year on PC, PS4, Xbox One, PS5, and Xbox Series X | S.