Deathloop test: we have finally completed it, is it really the massacre so announced?

Time loops are increasingly popular with video game developers. After Minit in 2018 and Outer Wilds in 2019, this year 2021 will have hosted no less than three headlines articulated around this daring concept. The Forgotten City and Twelve Minutes won our votes last summer, and now it’s high time to deal with the Deathloop case, which impressed us six months ago during the preview. The end result is not as perfect as we would hope, but the game is still highly recommendable. 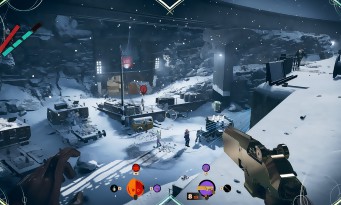 The island of Blackreef is subject to a temporal anomaly, which has the unfortunate consequence of restarting in a loop the same day, as soon as it ends. The inhabitants, called Eternalists, are not fully aware of this phenomenon and imagine that they can enjoy eternal life. In reality, no matter how many years have passed since arriving there, they think they are living the very first day of their journey each time. Only Julianna and Colt keep their memories, but while the former is firmly determined to stay in the loop, the latter is instead determined to break this infernal cycle. The single-player mode of the game of course offers you to play as Colt, and to kill in the same loop eight Visionaries, very high-ranking personalities. This is indeed the only known way to end the loop. This relatively specific context is reflected in the gameplay by an “exploded” management of space-time. Concretely, each day is divided into four periods (morning, noon, afternoon, evening) and Cold can choose to go each time to one of the four districts of the island (Le Complexe, Le Rocher de Fristad, Updaam, Karl’s Bay). 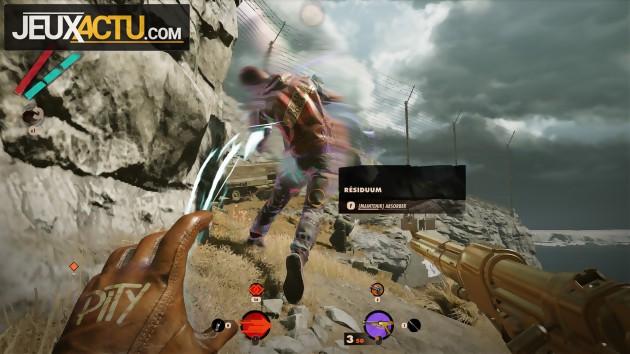 It follows a kind of Cluedo upside down, where the hero must find a way to bring together several Visionaries in the same place and at the same time, in order to be able to kill two birds (or more) with one stone and succeed. in fine to assassinate eight people in a single day, that is to say by visiting only four different period / place couples. To do this, you will have to search the environments in search of different documents, which will give you the necessary information to encourage such and such a Visionary to go to such and such a place in the next loop. For example, a private letter will inform you that two of the eight targets meet in secret at Fristad’s Rock in the afternoon, where you will only have to pick them up. Failure in the morning of the scientific experiment of another Visionary will free up his schedule, and allow him to go to a small party in the evening. And sabotaging fireworks at noon will get rid of another VIP in the evening, without even having to visit them. 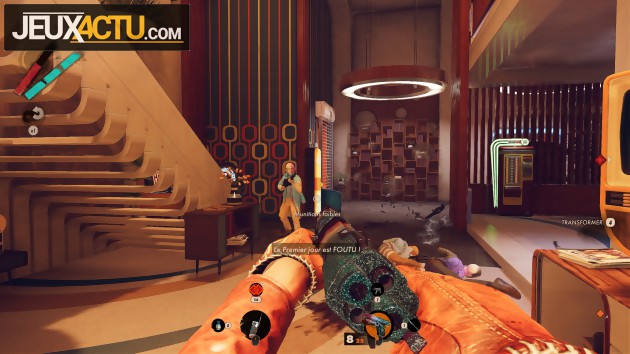 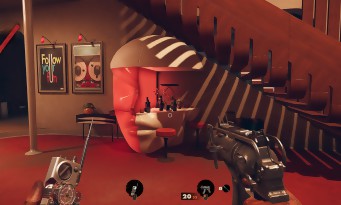 So much for the principle, a little complicated to explain. Moreover, the game itself tends to get lost in incessant explanations during the first hours. This loop concept actually suffers hot and cold. Exciting on paper, it could also have become extremely complicated for the player to manage. The developers have therefore chosen to simplify our task as much as possible, by recording and automatically grouping the information obtained into different “Tracks”. The Visionary Tracks are basically the main quests, and tell us the next action to take in such and such a place and time, in order to progress ever more towards the final solution that awaits each target. The Arsenal Tracks serve as optional side quests, and are just as self-explanatory as to what to do. Commendable in absolute terms, this point of honor made to never lose the player also restricts his freedom. We end up following a very linear path, and the pleasure of “investigating in reverse” (finding a way to reach all of our targets) is considerably reduced. The hero’s lair also displays a table of investigations with red threads connecting the different protagonists. We would have preferred that this table give rise to a playable sequence (like the Sherlock Holmes games for example) rather than being limited to a simple decorative element. This feeling of being a little too taken in hand is reinforced by the tendency of the game to instantly display on the screen the next step to follow, as soon as you start reading an important message. 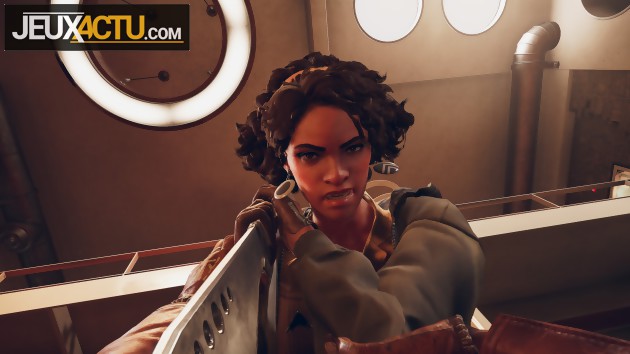 Not giving the player time to understand for himself the ins and outs of a message borders on ludonarrative dissonance, since the hero draws his conclusions even before the one who controls him. In addition, certain dialogues are of a crass vulgarity, which one would have gladly done without. Since we have already tackled the things that annoy you (rest assured, we have saved the best for the future), it should also be noted that the “day relived in a loop” structure goes hand in hand with a certain repetitiveness. Even if the different neighborhoods change a little depending on each moment of the day, the player is necessarily required to relive the same missions several times. The positive flip side of this medal came from the possibility of trying a different approach each time, since the game is teeming with tools and gameplay options. This is where it shines the most. 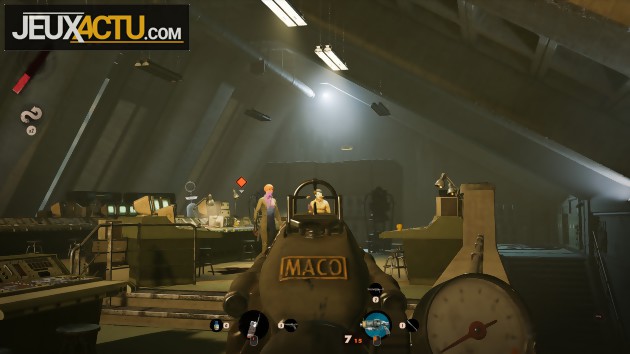 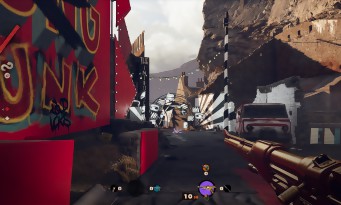 If the concept of loop ultimately serves the game as much as it serves it, its “Dishonored” DNA borders on perfection. Anyone who has enjoyed previous Arkane Sudios games is bound to feel right at home once immersed in Deathloop. Everything is there to allow action enthusiasts and discretion enthusiasts to have fun exactly as they see fit. The former will be able to collect as many weapons as possible, equip them with different charms to improve their abilities, and even fight with a gun in each hand if they wish. The Infiltration Team will be able to hack electronic devices, turn enemy turrets against their owners, and move discreetly behind the backs of the Eternalists to assassinate them instantly. Both types of players will also have at their disposal modules giving access to supernatural abilities. Reprise allows you to die twice without restarting the loop, Ether makes it almost invisible, Chaos increases the power of weapons tenfold, Karnesis is used to throw enemies into the air, Transposition acts as a mini-teleportation (it is the equivalent of Corvo’s Blink in Dishonored), and Nexus creates a psychic bond between multiple enemies so that they share the same doom. If the possibilities are extensive, some still seem much more interesting than others. The Ether / Nexus combo (one bullet, five deaths, all without being seen …) will certainly be used by most players, who will however forsake the hardly exciting Karnesis. It should be noted that at the end of the day, the weapons, modules and charms that we have collected in the loop are definitely lost. Fortunately, it is possible to recover Residuum in the scenery and on certain enemies, this substance allowing to preserve our most precious treasures from one loop to another. The game here adopts a little rogue-like side, since each failure still makes us a little stronger, because better equipped. 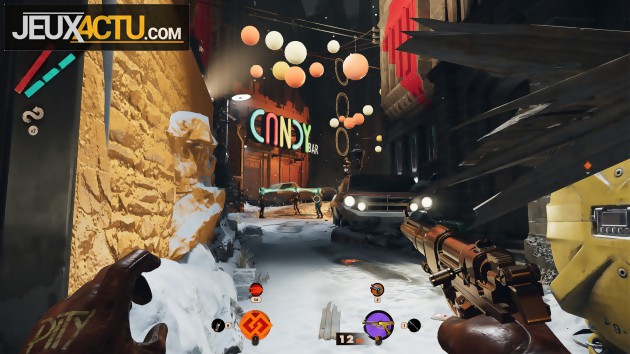 IT’S TIME FOR THE TECHNICAL ASSESSMENT 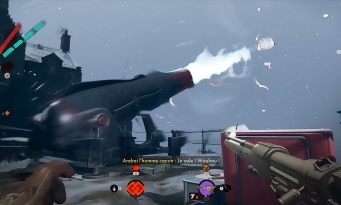 Among the other strengths of the game, and not the least, we can also mention the excellence of the level design, which systematically offers several approaches. The developers obviously haven’t forgotten how to make a good “immersive sim”. The artistic direction is also to die for, the “spy movie of the 60s” atmosphere being perfectly rendered, whether through the architecture, the furniture, the outfits or the choice of colors. The multi asymmetric mode (and completely optional) is also among the positive points. Playing as Julianna to come and annoy a “real” Colt during her game allows you to prolong the fun for several hours once the story is over. Finally, let’s finish with a few words on the finish of the game. When it was released two months ago, Deathloop took a volley of green wood from some players, who encountered many problems. Two big patches later (the last one only dated November 18), things are much better when it comes to artificial intelligence. For example, Eternalists now react when one of their own is killed or when a bullet whistles in their ears. All is not perfect since we can still observe some strange behavior here and there, but the AI ​​has still reached a perfectly acceptable level. However, the game continues to crash from time to time. During the twenty hours or so spent on the PC version, we had four or five impromptu feedback on the desktop. It is still too much, but again things have improved compared to two months ago. On the technique, the narration and the way of guiding the player, the new production of Arkane Studios is therefore not flawless. But it still remains at the top of the basket!