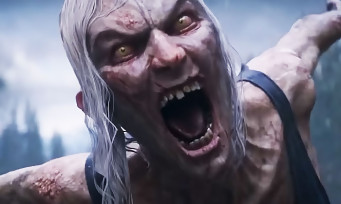 A few days ago, David Jaffe had the opportunity to speak with Jeff Ross, the director of Days Gone. This time God of War daddy was able to talk to John Garvin who is both the writer and the creative director of Bend Studio’s game. This interview is particularly interesting, since it allows to learn the reasons which pushed the guy to return his apron just after the release of Days Gone, knowing that he had been working in the studio since 1997.

“The development was long, painful, it lasted six years, he says. Six years of crunch, in fact. Since I love what I do, I didn’t see it as a problem. However, that doesn’t mean it was good for me. The last two years away from the studio have done me a lot of good. I was able to do whatever I wanted, I wrote three books, it’s just different.“

Before adding: “When you are developing a game, the pressure is on. You have to think about the different stages of the project, the profitability, the personnel management … To be honest, we happened to have heated discussions during the last year, and I would end up shouting: ‘Give- me my indemnities that I break ‘, or stupid stuff like that. Back in the days when the studio was smaller and there was only Chris [Reese, le directeur du studio] and me, it could pass. But when we got down to a hundred people, you can’t have one of the bosses lose their temper. Besides, I am not sociable. Yet they tried to remedy it with trainings […] but I was not made for that.“

During the same interview, John Garvin also slips a tip to the players. “I have an opinion on something that might interest your viewers, and maybe even annoy them. If you love a game, but damn it, buy it full pot!, he blurted out. I can’t even count the number of times I’ve heard players say, ‘I bought it at a discount, I got it on the PlayStation Plus,’ or stuff like that.“Of course, John Garvin realizes it’s a risk to be taken.”You may not know [si c’est un bon jeu ou pas], but in this case, do not complain that was not supported upon release does not have a follow-up.“

He takes as an example the case of Siphon Filter: Dark Mirror (released in 2006 on PSP and PS2) which was the victim of piracy. “AT At the time, Sony was not aware of the impact it could have on sales, he emphasizes. They were then shown a site where the game torrent had been downloaded over 200,000 times. […] It’s like it’s money coming out of my pocket.“

Even if Days Gone 2 is not dead and buried, it is recalled that its development has not been validated by Sony Interactive Entertainment which, according to the latest news, seems to want to favor the sure values ​​of the house. As for the release of Days Gone on PC, it is set for May 18.